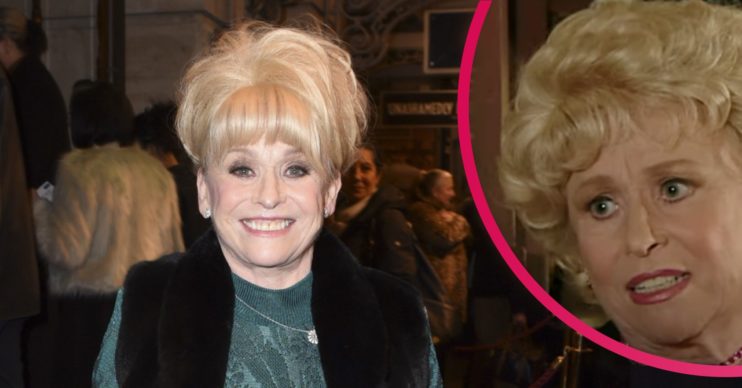 Barbara Windsor death: BBC One to re-air Babs tonight in memory of actress

Dame Barbara Windsor will be remembered on BBC One tonight (Friday, December 11) as the channel re-airs Babs.

Barbara sadly died yesterday (Thursday, December 10) at the age of 83 following a battle with Alzheimer’s.

But after the news of her death, tributes have poured in from fans, the cast of EastEnders and the BBC soap themselves.

And tonight, BBC One will re-air Babs, which is the dramatized, heart-warming story of the actress.

In the film, Babs recounts the people and events that have shaped her life and career over fifty years from 1943 to 1993.

The TV film will air at 7.35pm tonight and will be followed by EastEnders at 9.05pm.

How did Dame Barbara Windsor die?

Dame Barbara Windsor went public with her diagnosis of Alzheimer’s in 2018 after being diagnosed with the illness in 2014.

Read more: Barbara Windsor death: What were her most famous film and TV roles?

Her husband Scott said she died peacefully in a London care home.

In a statement, Scott said he was “immensely proud of Barbara’s courage, dignity and generosity” during her fight against the disease.

Barbara is well-known for her roles in the Carry On films in the 1960s and 70s.

In 1994, she joined the cast of EastEnders as Grant, Phil and Sam Mitchell’s mum, Peggy.

Later, Peggy went on to become the landlady of The Queen Vic.

Throughout her time on the BBC soap, Peggy had many iconic moments – which includes when she famously told Pat Butcher to get out of her pub.

Over the years, Peggy and Pat had a huge feud, which mainly revolved around Frank Butcher. But later the two women went on to become friends.

However in 2016, Peggy was told her cancer had returned. But she decided she wanted to go out on her own terms.

After seeing the ghost of Pat, Peggy died in her bed.

Babs will be re-show tonight on BBC One at 7.35pm, later followed by EastEnders at 9.05pm.