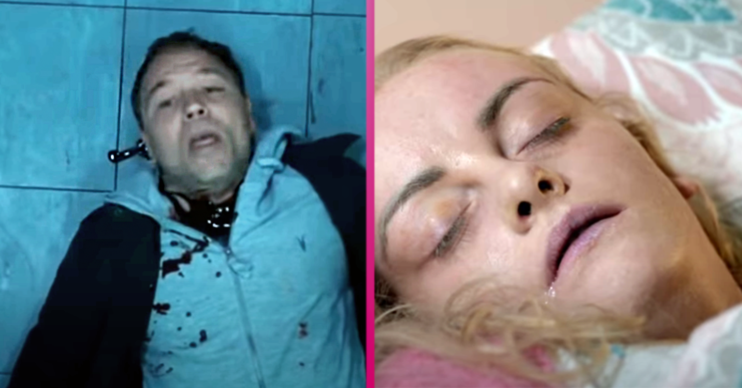 BAFTA TV Awards: Sinead’s death in Corrie up against Line of Duty death for Must-See Moment

Katie McGlynn is “beyond thrilled” to have been nominated for a BAFTA TV Award after her Coronation Street character’s death received a Must-See Moment nod.

Now she could add a BAFTA to her collection after Sinead Osbourne’s tragic passing from cervical cancer was recognised.

She said: “To find out we’re nominated for a BAFTA – we are all just beyond thrilled.

“We’re over the moon. Especially because after the NTAs it was a great start to the year, and then all of this [coronavirus] happened, so I just assumed that would be it then and I wouldn’t hear more after the big story last year. Because I assumed everything would be cancelled and moving on to the next job.

“So to find out we’d been nominated for a BAFTA, we are so happy. Everyone worked so hard on this story.

“The cast, the crew, the writers, the researchers.”

Katie – encouraging women to have their smear test

Katie is particularly pleased to have been recognised for the award because she hopes it will encourage women to get themselves checked over.

Speaking on BBC Breakfast this morning (Tuesday, June 3), she added: “I’m over the moon that we’ve been nominated for a BAFTA because it’s highlighting that again, hopefully it will remind women to get themselves checked. When they’re alive, obviously when it’s safe to do so.

“I’m so happy right now, because it’s highlighting that as well.”

Who is Katie and Coronation Street up against for the award?

But Katie and Corrie will face tough competition from Gavin and Stacey’s Nessa proposing to Smithy, Game of Thrones’ Arya killing the Night King. She will also be against Love Island’s Michael’s recoupling after Casa Amor, John Corbett’s death in Line of Duty, and Fleabag’s confessional scene.

Read More: Coronation Street SPOILERS: What happens next as Yasmeen pleads not guilty?

The winner of this year’s Must-See Moment award will be revealed on Friday July 31 when the 2020 Virgin Media British Television Academy Awards airs on BBC One.