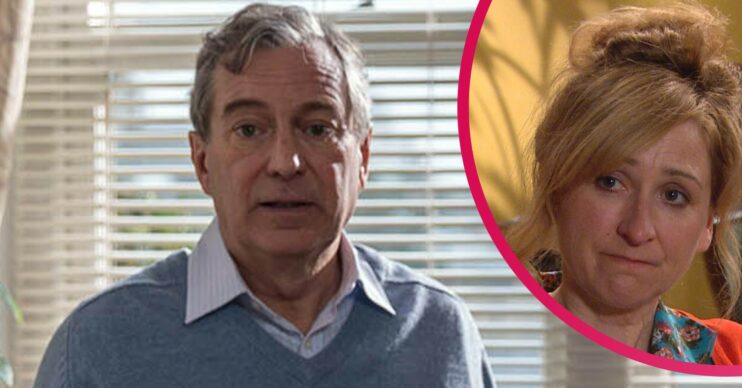 Ashley Thomas in Emmerdale: Who was he and how did he die?

He was a fan favourite right up to his sad demise

Ashley Thomas in Emmerdale was the village vicar for many years.

He was the son of Sandy Thomas, and dad to Gabby, Arthur and Dotty Thomas.

Tonight (January 7) Gabby revealed it had been six years since she had found out about her father’s dementia.

So what happened to Ashley? How did he die? And where is actor John Middleton now?

Ashley was married to Bernice Blackstock – mum to Gabby – and twice to Arthur and Dotty’s mum Laurel Thomas.

He already had some soap appearances under his belt when he joined Emmerdale.

John played John Hargreaves in Coronation Street – the driver who knocked down and killed Lisa Duckworth.

He also played a doctor caring for Deirdre’s husband Samir Rachid, and had a role as a police officer in Emmerdale when the Post Office was raided in 1994.

Late last year, in his most recent role, John appeared in Doctors. He used his experience as Ashley to play Feargal Lumsden – a pensioner suffering from dementia.

John’s married to Christine and the couple have two sons.

Ashley came to the village way back in 1996 and quickly became a fan favourite. He caught the eye of barmaid Bernice Blackstock and even though it seemed an odd pairing, the couple hit it off.

But churchgoer Edna Birch, and Ashley’s bishop, weren’t impressed and tried to break up the couple.

They didn’t succeed, though, and the couple tied the knot, then welcomed baby Gabby.

Though Ashley was a doting dad, Bernice didn’t enjoy being a mum and she left the village to work on a cruise ship, leaving little Gabby behind.

With his marriage in ruins, Ashley struck up a romance with Louise Appleton for a few years. But they split and he turned to Laurel Potts.

At first, he didn’t return Laurel’s feelings, but he realised how he felt when she decided to leave the village.

The pair wed and had a baby – Daniel.

Ashley was shocked and devastated when he found Daniel dead in his cot one morning. He and Laurel grieved for their baby boy.

But they discovered their actual baby had been swapped with another couple’s tot in the hospital.

After a custody battle, little Arthur came to live with his biological parents.

In 2012, Ashley began physically abusing his elderly dad, Sandy. Laurel was horrified when she found out, and the couple divorced.

But worse was to come. In 2015, after Ashley was knocked over by Victoria Sugden, he had seizures and was diagnosed with epilepsy.

He and Laurel rekindled their romance and she was there to support him when he was diagnosed with early onset vascular dementia. The pair remarried and had baby Dotty.

Later, Ashley was in the dramatic car accident caused when Emma Barton pushed husband James off a road bridge.

Ashley wasn’t supposed to be driving but he had got in the car to go to Dotty’s christening.

His condition got worse and by 2017 he no longer knew his family and went to live in a care home.

When he developed pneumonia, Ashley came home to die and eventually passed away in heartbreaking scenes, surrounded by his family.