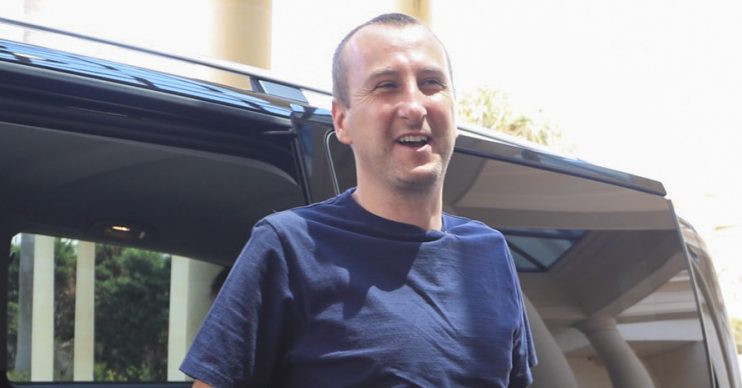 Back to the day job

He became a star during his time in the jungle in I’m A Celebrity.

Now Andy Whyment is back at work on the cobbles of Weatherfield and he took to social media to document his return to Coronation Street.

Andy, 38, came runner up to former EastEnders actress Jacqueline Jossa in the show but is now back in Manchester, shared an image from the set of Corrie.

He captioned the image: “First day back @coronationstreet after @imacelebrity and got a free hair cut from @corriemakeup.

“Even better than the £6 I pay my barber.

It wasn’t long before many of Andy’s 294,000 followers took to the site to register their joy at his return to the day job.

“You were my favourite on the show Andy, loved you on Corrie as well! Such a legend!” one said.

Nice one Andy, glad to have you back on the cobbles. Merry Christmas.

Another wrote: “Nice one Andy, glad to have you back on the cobbles. Merry Christmas.”

Finally, another one joked: “Give that [Gary] Windass a good slap for us Andy.”

After an emotional reunion with wife Nicola and children Thomas and Hollie immediately after he came out of camp in Australia, Andy hosted a big I’m A Celebrity-themed party back in Manchester.

The party saw both family and Corrie pals celebrate his return to his hometown.

Andy shared pictures from the event on Instagram, which featured a Curious Critters stand and Corrie pals Sam Aston (who plays Chesney) and Lucy Fallon (who plays Bethany Platt).