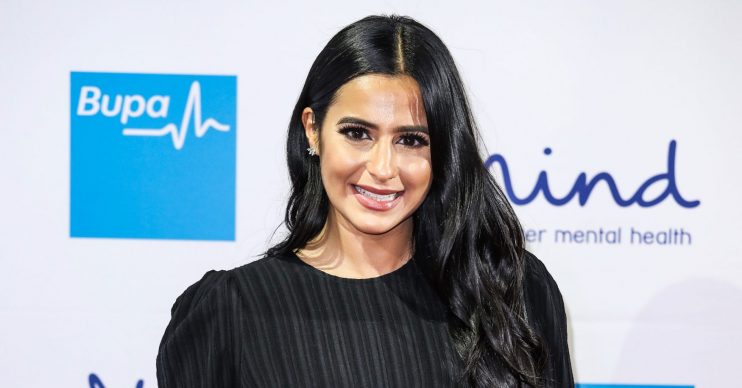 Sair Khan, who plays Alya Nazir in Coronation Street, has been forced to deny she’s pregnant following speculation after she posted a picture holding her tummy.

The actress posted a series of snaps from a trip with her best friend Tom Ross-Williams.

She captioned the post: “Thank you for all the birthday love! I had a joyous day yesterday and spent last weekend in the lakes celebrating with my bestie #notpregnant #foodbaby.”

However, despite the hashtags, fans did think Sair was expecting and commented asking her and congratulating her.

One wrote: “Are you pregnant?”

Another said: “Congratulations. When’s it due?”

The 32-year-old then decided to make a post in the comments section to confirm she is not pregnant.

She wrote: “Omg I’m not pregnant! That was a terrible choice of picture to post. It was just a food baby but I thought I looked cute.”

Last year, it was reported the Corrie actress had split from her actor boyfriend Simon Lennon, who plays Brains in BBC’s Our Girl.

Sair has been busy working on the ITV soap, with her alter ego working closely with sleazy Ray Crosby.

Ray was introduced to the soap last year as Alya, Michelle Connor and her son Ryan began doing catering for Ray’s hotels.

However, Alya was left infuriated when Ray offered Michelle a contract to work with him.

But the job was not what Michelle expected and Ray propositioned her in a hotel room.

After Michelle quit, Ray has been getting closer to Alya and after buying the Bistro, he gave her the manager’s position.

This week, Ray arranged a ‘meeting’ for Alya at a hotel with a designer. Once Ray and Alya were in the hotel together, Bethany Platt interrupted and accused Ray of trying to proposition Alya.

Although Alya defended Ray, she was shocked when she found out there was no meeting with the designer and Ray had lured her there in the hopes of getting her to sleep with him.

With Bethany, Daniel and Alya aware of what Ray is really like, will they be able to expose him?