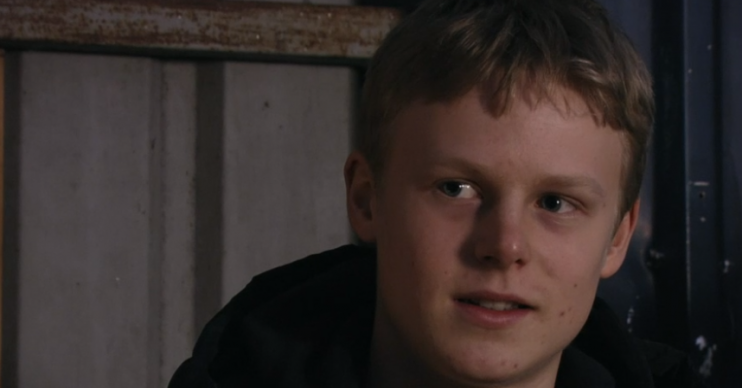 The young adults planned a night out

Viewers of EastEnders have been left confused as several ‘underage’ characters made plans to go out clubbing.

In last night’s episode (Thursday February 13 2020) Iqra, Bex and Bobby invited Dotty to join them on a night out along with Habiba, Keegan and Tiffany.

Bex explained they were going to a club in Shoreditch.

Later they discussed their plans for the night and Keegan said they should go to a new place in Dalston.

However viewers were quick to point out that some members of the group aren’t old enough to get into clubs and bars.

Are Dotty and Bobby even old enough to go clubbing? #EastEnders

Most of these teens aren’t 18 yet they’re planning on clubbing? Tut tut #EastEnders.

Isn't Bobby a little young to be going out on the town with people that are mostly several years older than him? #Eastenders

How the hell are Bobby, Tiff and Keegan getting in to a nightclub? Or has Dennis started running a ring of fake IDs as well as the Arches! #EastEnders

how old is bobby supposed to be??? i thought he was like 14 #eastenders

Dotty recently turned 19 and is therefore old enough to go to clubs.

Although Tiffany is married, she is still under 18. According to EastEnders fan wiki, her date of birth is February 6 2003, making her 17.

But then again, who hasn’t tried to get into clubs when underage?!

Before they went out, Bex found out someone had put a picture of Bobby online with the words “race traitor” over it.

As the teens and young adults headed out, Dotty revealed to Bex and Bobby that she had pills with her.

Most of these teens aren’t 18 yet they’re planning on clubbing?

Although Bobby didn’t want to take them, Bex said she was up for it.

Next week, the soap will celebrate it’s 35th anniversary and it’s set to be dramatic.

Bobby will be left fighting for his life after he’s attacked by a gang.

Bex witnesses the attack and is left shaken by what she’s seen and tells Dotty about what happened.

She is shocked when Dotty tells her she’s discovered who is behind Bobby’s bullying.

As the information plays on Bex’s mind, she struggles with the guilt and is soon sending a text to Bobby’s dad Ian, telling him who has been harassing Bobby.