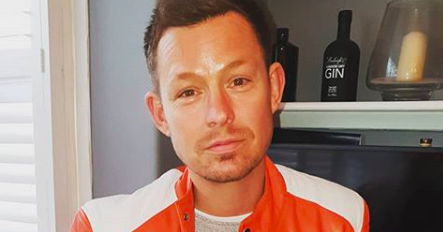 Hollyoaks star Adam Rickett has risked ‘upsetting’ the soap community by admitting that working on them isn’t like one big happy family.

After a long-running role on New Zealand’s Shortland Street, he joined Hollyoaks in 2017 as Kyle Kelly.

So he knows a thing or two about soaps.

In a new interview with The Sun, the actor, singer and former teen heartthrob has accused other soap stars of “lying” when they insist working on a serial drama is like being part of one big happy family.

Adam, who admits he no longer watches Corrie, was asked which soap he prefers working on and answered: “I’m going to upset somebody saying this but I’m going to have to say Hollyoaks, sorry.

“That’s probably because I’m a different person to who I was 20 years ago. Definitely for me, Hollyoaks. I absolutely love it.

“Whenever you see interviews with people from soap they always say it’s like being in one big family… It’s a lie, it’s not true.”

The I Breathe Again chart topper went on to say that working on Hollyoaks was more like being “at university”.

In what could be interpreted as a dig at his former employers, he explained: “At Hollyoaks, it’s like being at university. It’s ace. Because everyone gets on so well.

“It’s the first place I’ve worked where everyone just gets on so amazingly well. That’s the cast, crew, everything. It’s just so much fun.”

He also believes Hollyoaks is the only soap which truly “pushes boundaries”.

Corrie has come under a lot of criticism of late, after seven people have left or announced their intention to leave.

Some fans have accused the show of becoming “boring” and too centred on the character of Gemma Winter, who is certainly dividing viewers.

Do you prefer Hollyoaks or Corrie? Leave us a comment on our Facebook page @EntertainmentDailyFix and let us know what you think!