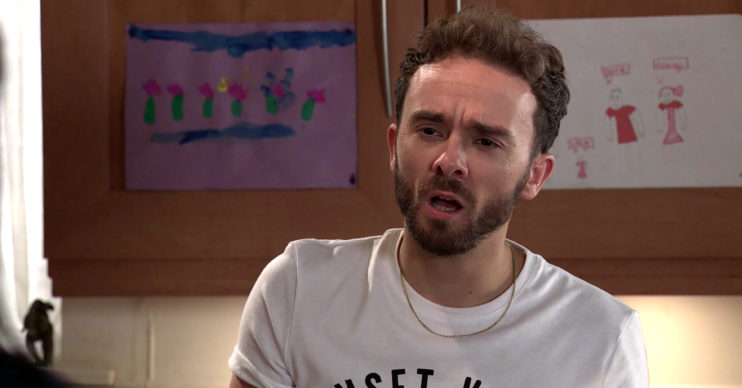 Coronation Street: David Platt has been in the soap for how long?

Coronation Street resident David Platt has taken viewers on a journey from man to boy and here’s a look at his defining moments.

In a fairly recent Coronation Street scene David Platt said to Imran Habeeb before one of his many court appearances, “Compliance has never been my strong suit.”

He’s not kidding. In his devil child heyday one ‘daggers’ look from David was enough to put the fear of God into anyone who dared to cross his path.

Carefully developed by his alter ego since 2000, actor Jack P Shepherd, and Corrie’s writers, David Platt has blossomed into one of the Street’s most memorable characters.

The brooding demon is still within but David’s also learned compassion and forgiveness, particularly where Shona, the mother of Kylie’s killer, is concerned. It’s been quite a ride…

Born on Christmas Day 1990, David’s dad, Martin Platt, wanted to name him Gazza, and it’s doubtful his life could have been any more eventful if he’d got his wish.

David’s very early years were quiet enough but it all changed when Martin had an affair with local nurse Rebecca Hopkins. His parents divorced and David started bed wetting and shoplifting.

That was nothing though compared to the devastation that Gail’s next fella, ‘Tricky Dickie’ Richard Hillman, caused. He drove Gail, Sarah, Bethany and 11-year-old David into the canal.

The effect this has had on the rest of David’s life is plain to see with crashing cars and nearly killing off his loved ones becoming a bit of a stock in trade.

David Platt and his troubles with Gail

Where to begin? The mother/son relationship between Gail and David is enough to send Sigmund Freud into a tail spin. It says it all that he mostly insists on calling her ‘Gail.’

Top of their list of fall-outs will forever be the time he pushed her down the stairs after she persuaded Tina McIntyre to terminate their unborn baby.

Their tenderest moment was when David let his mum give him a hug after she discovered the awful truth about rapist Josh.

Since then there has been a little more love and understanding – except when Gail does his head in answering the phone at the barbers.

In terms of ‘head-side manner’, David is a cheeky so and so when it comes to his hair clients. He was dubbed David ‘Facetious’ Platt but in truth most of them love his teasing.

The ones who find it most wearisome are his co-workers like former employer/gran Audrey and his best pal, Maria and now brother Nick since they went into business together with Trim Up North.

His customers do show their appreciation. One old lady left him £20,000 to look after her dog, David. He didn’t get as much love from schoolgirl Lauren when he cut off her ponytail for bullying his niece Bethany.

As for his favourites, right now, no one can compete with David’s beloved stuffed mascot, Vin Diesel the Weazle.

David Platt and his brotherly love/hate with Nick Tilsley

It’s not every brother who can sit down for a beer with his sibling and call him a vindictive psycho without either party taking offence. But that’s David and Nick all over.

Actually half-brothers, David and Nick have been through a lot together – and nearly killed each other in the process.

David launched a secret hate campaign after he discovered Nick had a one night stand with Kylie on Christmas night 2012. The subsequent lorry crash left Nick with brain damage.

His relationship with his sister Sarah Lou or Lizard Boy and Bendy Fingers, as they call each other, has been a little calmer except when her daughter Bethany swallowed an ecstasy pill of David’s while he was babysitting.

“Soppy beggar. That’s the David Platt I love. The kid who cried when his rabbit died. Not the other bloke.”

When local gang member Clayton Hibbs stabbed Kylie to death outside the kebab shop he killed the great love of David’s life.

The only girlfriend of any consequence before Kylie was Tina McIntyre but Gail’s interfering put a stop to that.

Understandably the road with new love Shona has been a tough one. It was a relief when she finally accepted his second proposal. “I’m game if you are,” she said. She knows him well.

David nearly finished the job with a lead pipe but Max cried out and distracted him. He was then going to crash into the police van transporting Clayton to court having doused himself in petrol.

The most recent opportunity to end him came when Clayton took his mum Shona hostage but it was Shona herself who stabbed her son.

Other enemies include drug dealer Callum Logan, dead father of Max, and Gary Windass for cheating on Sarah Lou. “If you hurt my sister, Gary, I’ll hurt you,” is a promise David is happy to keep.

When charismatic mechanic Josh Tucker rocked up no one could have conceived the horrific damage he would do to David.

A sly manipulator, Josh first won his new mate’s trust then went about systematically cutting David off from those who really loved him, particularly Shona.

The night that Josh drugged then raped David was clinically executed and not the first time that Josh had preyed on someone.

One of the most heartbreaking moments in the aftermath as David’s life fell apart was when he tried to tell his dad, Martin, what happened but couldn’t get the words out.

In the end it was the tragic death of Aidan that brought everything for David to the surface. The first person he told was Shona and though there were many agonising months before full closure the healing process had begun. 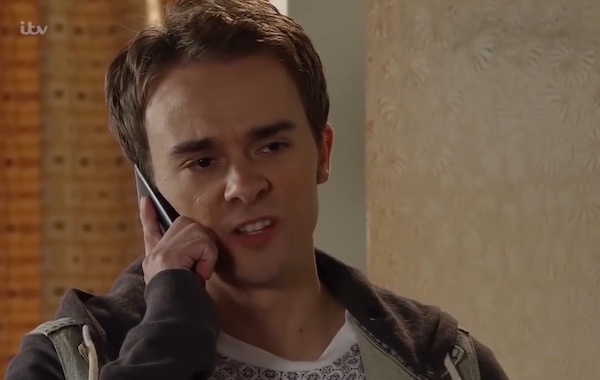 “Something terrible’s happened. It’s me mum. She’s dead. She got mugged in town. I had to go identify the body and oh, she looked awful. Horrific. I actually just threw up looking at her. So if you could just help me, please?

“And that is how you get somebody to come home.” David on the phone to Kylie freaks out Gail and Michael.

Is David Platt your favourite? Leave us a comment on ourFacebook page @EntertainmentDailyFix  and let us know what you think!