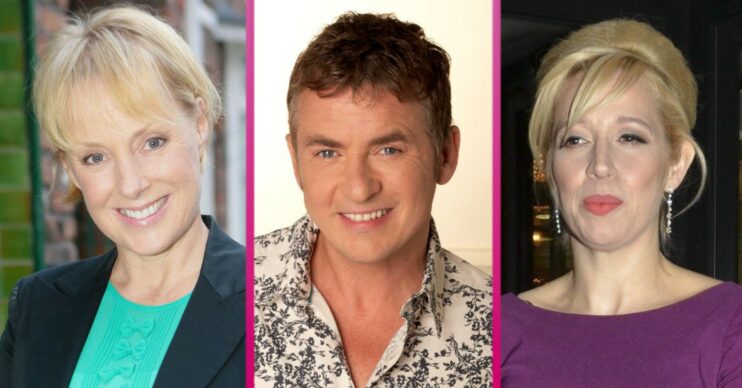 5 soap stars whose kids followed them into acting

The talented apples don't fall far from the trees

It would be no surprise that soap stars tend to have children with similar skills to their own.

But some stars of Coronation Street, Emmerdale and EastEnders have offspring who are well on their way to becoming Hollywood megastars.

Coronation Street star Katy Cavanagh is beloved by millions as the comedic Julie Carp in the soap.

So people reacted with great sadness when she quit in 2015 to help her son Noah Jupe’s burgeoning Hollywood career.

He’s been in Downton Abbey, The Night Manager, The Undoing, A Quiet Place (one and two!) and has been nominated for countless awards.

And it’s not just Noah who has inherited his mum’s talents – his little brother Jacobi is one of the lead stars of a new Peter Pan series.

When Tina O’Brien and Ryan Thomas got together and had a baby it was only a matter of time before the little one started displaying their own talents.

And wouldn’t you know it but before she’s even become a teenager, young Scarlett is already auditioning for leading roles in Disney films.

“She’s brilliant and she’s getting better and better. I’m really excited for her when she’s older.”

Growing up as the daughter of one of Coronation Street’s most recognisable stars must make being an actor a challenge.

With Corrie known around the world – it’s not easy to eclipse.

However Sally Dyvenor’s daughter Phoebe managed it when she was catapulted to super stardom after landing the lead role in Netflix megasmash Bridgerton.

Fortunately for Phoebe her mum Sally knows a thing or two about being an international sensation.

She’s gone on to be everything from a Loose Woman to a hardened loan shark in Benidorm (the comedy, not the place) but her son Louis has followed her into the soapy world.

He made his debut as drug dealer Danny Harrington in Emmerdale in 2019 and has been in it on and off until this year.

For EastEnders star Shane – it should be no surprise that his kids have followed him into showbusiness.

His eldest two are after all the product of him and Coleen Nolan.

However it was son Jake that went into soapland appearing in Emmerdale as Isaac Nuttall.