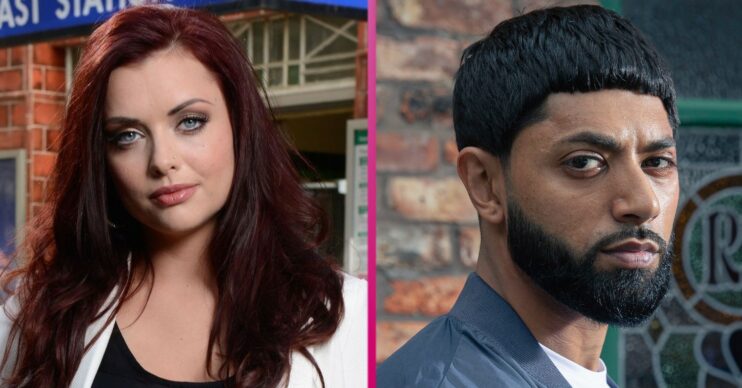 For some characters the chemistry is just too strong

Soap couples usually feel like they are destined to be.

Whether they are meant to be together for ever or just a night, there are some soap couples who just need to happen.

Two restauranteurs brought together by their desires to put the other out of business – it’s a tale as old as time.

They may want to one up each other in the kitchen but more is going on here.

Their warfare gives way to chemistry, and it’s clear Debbie and Zeedan would make a fiery couple.

There are many people in Soapland who should be in relationships but Whitney Dean is not one of them.

She’s been groomed, abused, pimped out, abused some more, beaten, stalked, attacked, had her boyfriend killed and fell for a serial killer.

It’s enough. Time to step away from Bumble, Whit, and start working on yourself.

The only coupling up she needs to be doing is with a cup of tea and a good book.

And we are unanimous in this, EastEnders.

It’d be a shame to go to the trouble of killing off Andrea Tate to not make use of her vicar boyfriend.

It’s clear Manpreet and Charles have all the chemistry in the world.

And now they’re both single – it’s time to put them together.

Just let us have one happy couple, Emmerdale.

At least until Meena murders one of them for using the last bit of milk or something.

So while Zeedan is carrying on with business rival Debbie Webster, viewers suspect he’s also got his eye on someone else – sister Alya’s ex Ryan Connor.

Now that would make for an explosive storyline.

And let’s face it – stranger things have happened.

Controversial indeed but it’s no secret that the Carters have become a little stale of late.

And ever since Linda’s affair with Max Branning, things aren’t going as well as they should be.

Enter Janine Butcher. She and Mick already have a flirty banter situation going on.

And with Linda gone (again) it’s time for Mick to move on with the woman who will kill him as soon as look at him.