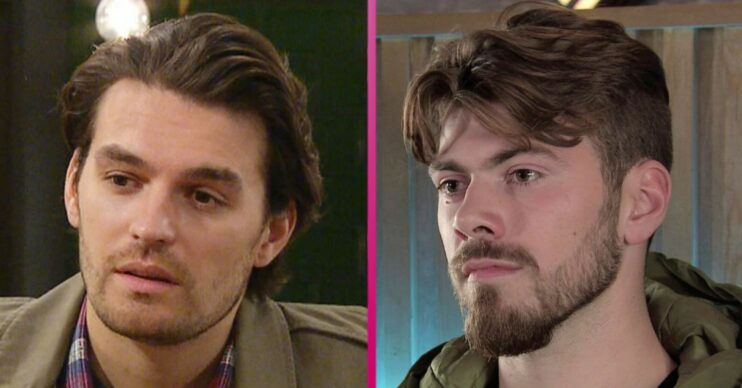 The most unlikely characters can become true soap legends.

Some make explosive entrances and live up to the hype becoming icons of soap.

And then some arrive, look promising and then promptly become huge let downs.

Case in point – these five…

Picture it – Corrie writers all sitting around discussing an exciting new addition to the cobbles.

Clever, handsome, charming – but with a tragic heart condition that means he could die at any minute.

And then have him fall for unlucky in love Emma Brooker and have this beautiful haunting love story tinged with tragedy.

Read more: Can you smash out Corrie quiz about 2021’s biggest moments?

Oh no – instead of that let’s give him a disease that makes him lie all the time and have him break Emma’s heart.

We bet they rubbed their hands together with glee at that meeting, didn’t they?

We’d love to see him come back one day, but not sure how they could recover him…

Moira Barton’s brother had so much promise.

He lit up during his flirtation with Aaron Dingle but that was soon cut back to nothing.

And that’s it. Seriously – he’s done nothing else since arriving.

This was the man whose first appearance saw him reveal Cain Dingle trussed up in his boot.

And now nothing, but declaring his love for Charity. What went wrong, Emmerdale bosses?

He’s the son of Kim Tate and her evil first husband Frank. So. Much. Promise. And yet this is what he turned into…

A weeping drip of a man that had to be tortured for two years before finally growing a backbone.

Let’s be frank the only reason Jamie turned interesting was because the writers had to give Kim’s lines to him when actress Claire King was forced to stop filming.

If they hadn’t, he’d have continued to be a slow drip of dullness boring everyone rigid with his insipid morals.

Thank goodness he’s gone and Kim can flourish without him.

He’s literally the brother of one of the most iconic EastEnders characters of all time and this is what we get.

A glorified manchild who is more interested in sleeping with every woman within 43 miles of E20 than anything else.

Oh, he’s a chef, is he? The son of a gangster with an interesting backstory?

Let’s not bother to explore any of that and instead just have him walk around in a towel instead.

Bringing in Will Mellor as a new villain was a stroke of genius.

In theory anyway because in practice he was about as threatening as Norris Cole.

All he really did was wear a hoodie and growl at people a lot about drugs.

It’s a wonder Leanne didn’t just clock him over the head and tell him to jog on.

He only killed Natasha because he found a gun and got lucky – there was no planning, no great mind behind the crimes.

A lost opportunity to introduce a terrifying yet strangely charismatic gangster who could have had real legs.