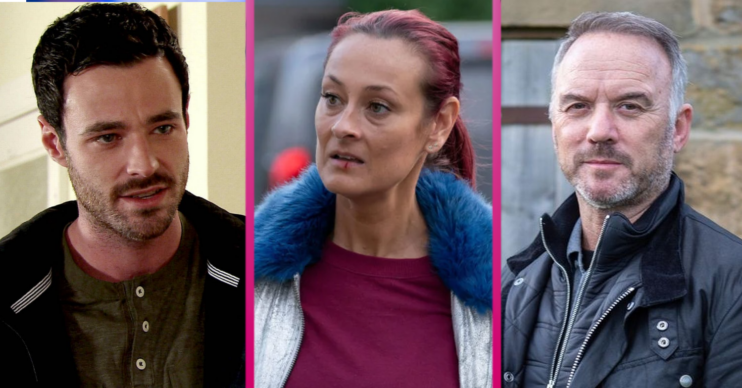 These bodies were never going to stay buried long

Soaps are a dangerous place – especially Coronation Street – and especially if you’re a murder victim.

Characters rarely get a loving send-off with countless characters murdered, buried and then dug up and now loan shark Rick Neelan is set to be found on Corrie.

But with Rick’s body set to be dug up – again – we started to think about the most famous bodies discovered in soap land.

Poor Tina ‘went missing’ more than a year ago.

If only they’d looked in the abandoned restaurant next door, they’d have found her.

Or not as the police actually searched it for a bomb and failed to spot the body wrapped in a shower curtain.

It took Phil Mitchell swinging a baseball bat at some children to uncover Tina’s rotted hand and expose Gray Atkins as a killer.

He was barely in the ground the amount he’s been dug up.

First he went into a pre-drug grave in the church’s graveyard.

Then he got dug up and moved to Home Farm after the person whose grave he inhabited was due to be exhumed.

And then his sloppy remains got moved AGAIN – shunted out of Home Farm to resting place anew.

If you’re going to kill a drug dealer in your living room then it helps to have a ready made hole to pop him in afterwards.

Fortunately for Corrie’s Kylie, Sarah and David Platt they had a nice big drain to store Callum’s body in.

Unfortunately for mum Gail it was beneath her bed in her new granny annexe.

Eight months later and a crashed truck unearthed the body and Gail has never been the same since.

It was the original body under the patio and Brookside set the bar very high.

When the wife beater was stabbed by his wife Mandy and killed trying to abuse his daughter Beth, it was a huge storyline.

And he didn’t go straight under the patio – first he was stashed in a cupboard.

It was only when he became a bit whiffy that they decided to get a new patio and a new resting place for the evil abuser.

Two years he spent under there before he was found – and well that hand was a scientific marvel when it was unearthed looking like it just had a new manicure.

Gary Windass isn’t the first Corrie killer to have used a building site to hide his killings.

Back when Richard was still just a creepy businessman obsessed with making money, his ex-wife Patricia stood in his way.

She also stood in his way literally on a building site containing most of his cash investments.

A swift shovel to the head and a load of conveniently placed concrete and Patricia became Richard’s first victim.

And the foundations of his later crimes. Geddit?