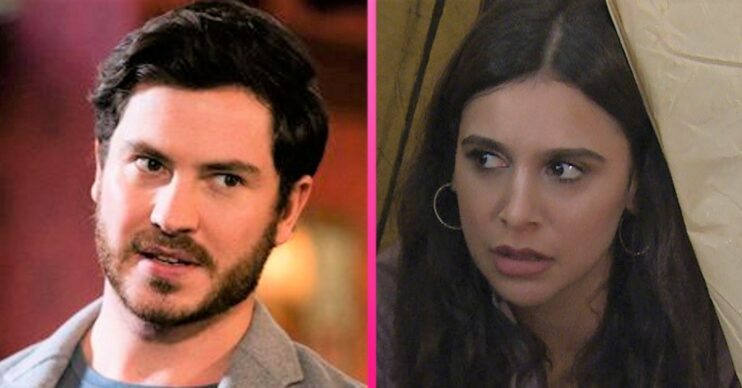 5 Emmerdale, EastEnders and Coronation Street storylines to be excited for next year

Next year is shaping to be an explosive year in Soapland

It’s been a weird time in Emmerdale, EastEnders and Coronation Street this year.

But there has been a return to form with some explosive storylines.

Next year is already shaping up to be a huge revival with the COVID-19 restrictions easing and storylines ramping up.

We love a good soap fire – and especially when it’s a beloved watering hole.

While it’s not been officially confirmed – the Woolpack is going up in flames at some point in the future.

A backstage pic from Emmerdale actor Ben Richards this week confirmed that it will still be out of action for scenes that they are currently filming.

And that means well into the new year.

But who lit the flame? And will anyone die? It’s an exciting wait to find out!

The cafe owning legend left Weatherfield this week in the back of a black cab for a new life in South America.

He was overcome with his guilt over Natasha Blakeman’s death.

He wasn’t at all responsible – but that’s not Roy works.

But do we really think Roy Cropper has left Coronation Street for good?

No doubt he will be returning next year as niece Nina’s panic attacks become too much for her to cope with.

It is time for Gray Atkins to be caught in EastEnders.

Actually it was time about 12 months ago, but there’s not a lot we can do about that now.

All we can hope is that something is salvaged from this truly terrible mistake of soap storytelling.

Let’s just hope it isn’t as offensive as taking a serious storyline and turning it into a farce.

Only just released on bail thanks to the machinations of Debbie Webster, Faye Windass is set to risk being sent back in winter.

The new Underworld saleswoman will go on a car ride with Emma – with the ditzy one borrowing one of her dad’s cabs to give Faye a lesson.

Sadly she drives right into a pensioner and puts them in danger.

According to winter spoilers, the pair will try to cover up what’s happened.

But will it mean a return to Coronation Street prison for Faye?

Usually in soaps there’s always a point where a serial killer crosses the line.

Not the line of taking a life – but taking one too many and getting greedy.

Viewers become bored of it and then it’s time for the killer to face the soap gods.

Fortunately Meena’s nowhere near that line in Emmerdale and has months left to kill her way through the village.

And that’s what she should do until the Dingles have been culled, the deadwood axed and the show revitalised.