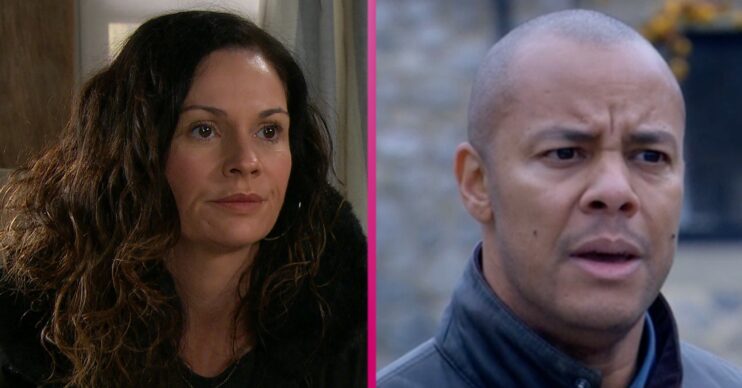 5 Emmerdale characters that NEED to go – Meena, you’re welcome to this lot

Emmerdale is chock full of characters who need a new lease of life – and there are some who need to go.

Deadwood abounds in the fictional Yorkshire village and it’s time to clear some of it out.

Here’s who should get the chop asap…

Where’s Meena Jutla when you need her?

Instead of killing the likes of Leanna, Andrea and Ben – she should be doing public service and offing Al.

The smug, awful-incarnate businessman has no redeeming features.

He’s destroyed The Woolpack and has a bizarre feud with Cain Dingle. Why? It makes no sense.

It wouldn’t be a competition for nastiest soap character without Chas Dingle throwing her hat into the ring.

And for that reason she has to go.

No matter whether she has just won the lottery or been attacked by a gang of angry bees, Chas is always glass half empty.

She is vile to her own husband, has had more affairs than Ken Barlow and is most of the time the architect of her own misery.

The pub has gone, it’s time for her to go too.

What is the point of Rodney?

He pops up every few months, utters something annoying and reminds people to respray their fences and that’s it.

There is absolutely nothing that he offers that the village needs.

Time to ship him out and replace him with a character people want to watch.

The lesser Dingle has been on a downward spiral for years.

It’s now less of a joke as he rapidly approaches 50.

Why would the independently wealthy, highly educated and hugely resilient Rhona Goskirk want to be anywhere near dreary Marlon?

Is it his huge debts perhaps that attracted her?

Or his abject misery? Or possibly terrible parenting?

He started off as such a promising character.

And then it all went to mush with the changing of the actors and the disappearance of the character’s storylines.

Now all that potential has been shuffled into his brother Billy it’s time for Ellis to say goodbye.

Such a waste of a good actor.