We've seen Brooke grow up on-screen and tackle some tough storylines over the last fifteen years.

Here are ten facts about the actress who plays Sophie. 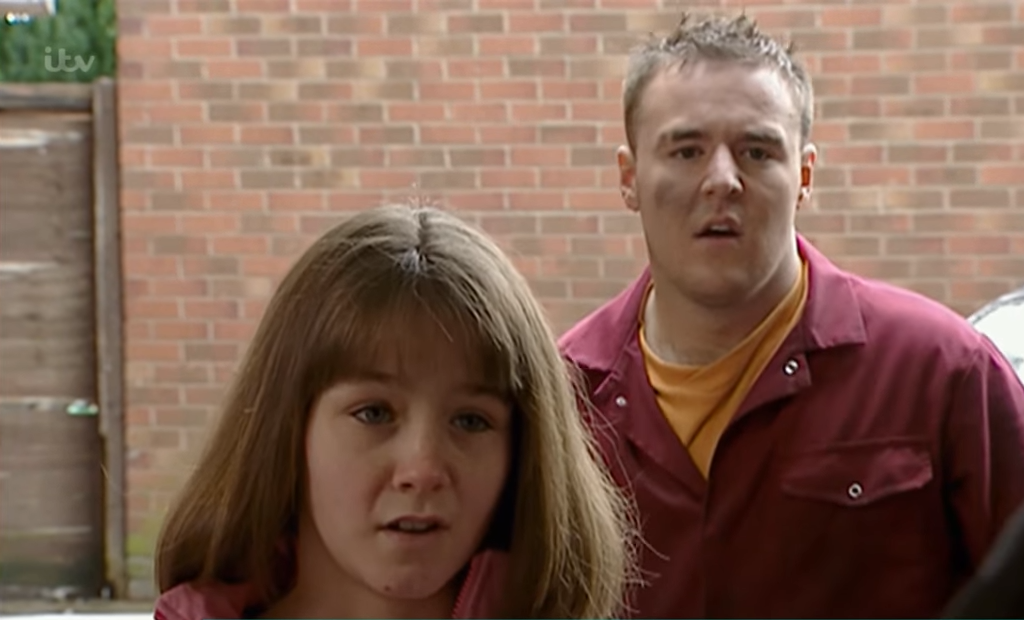 Brooke was 11 when she joined Corrie as Sophie (Credit: ITV)

Brook joined the cast of Coronation Street in 2004 as Sophie Webster, the youngest daughter of Sally and Kevin Webster.

She was only eleven years old when she joined the soap and will have been on the soap fifteen years this year!

2. Brooke is related to her co-star

Brooke is related to her on-screen Corrie stepsister in real life.

Ellie joined Corrie in 2011 as a young girl who was to be adopted by Anna Windass. She also found her biological father Tim Metcalfe and Tim went on to marry Sophie's on-screen mum Sally.

S E V E N T E E N 🎉 How the hell did you get to 17 so quick!! From the day you was born you’ve been my real life doll. Always dressing you up, telling you to say this, sing that. My one man band then took on an apprentice. And now all these years later you’re still my little Doll!! I am so so proud of you Bleach! You make me so happy seeing you grow into the beautiful young lady 😰 that you are.. I’m sure we’ve missed a couple of years though.. are you sure you’ve been 12,13 and 14?? 😩 You are the most special,kindest girl, the least crankiest out of the 4 of us 😰😂 I love you so much!! Now hurry up and get driving so you can pick “the mums” up and I can have a rest!! I love you. I’m so proud of you. Enjoy your special day my special girl ⭐️💛 @ellielouiseleach

Ellie has tackled some difficult storylines in her time on Corrie. Her character Faye fell pregnant at aged just 12 making her the soap's youngest mum.

3. She has her own stationery brand 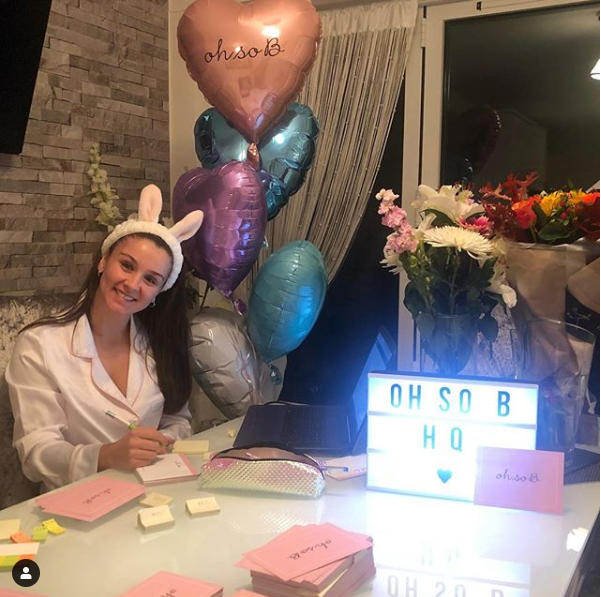 Last year, Brooke launched her own stationery brand called Oh So B. Her first three planners were named after her cousins Ellie and Daisy, and her half-sister Maisie.

4. Her boyfriend is a professional footballer

The pair met several years ago but starting going out with each other in 2016.

According to Brooke's Instagram they've enjoyed some amazing holidays together.

I Have The Best Time Making Memories With You 💛

5. Brooke competed in Dancing On Ice 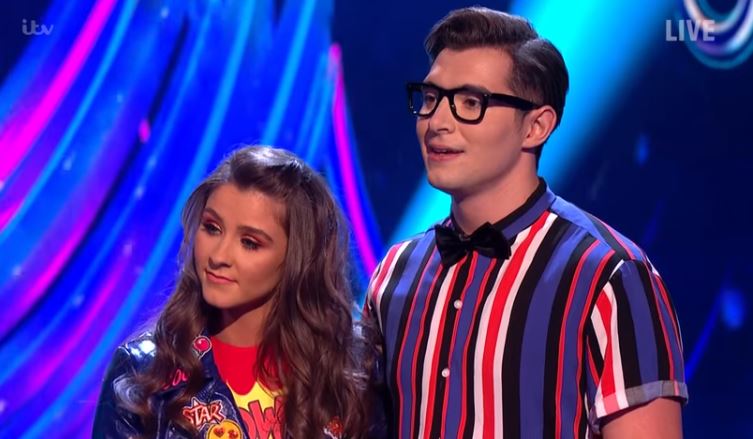 Brooke competed in the tenth series of Dancing On Ice which aired from January 7 to March 11, 2018. This was the first series since the show was cancelled in 2014.

Brooke was partnered with skating professional Matej Silecky, and the pair came second in the competition behind Jack Quickenden and his professional partner Vanessa Bauer.

6. She is the third actress to play Sophie

Brooke was the third actress to take on the role of Sophie.

Sophie was originally played by Ashleigh Middleton from 1994 to 1997. The role was then taken over by Emma Woodward who played her from 1997 up until 2004 when Brooke took over.

7. She was in a play called Be My Baby

Brooke took some time off Corrie to appear in a sixties-set play called Be My Baby at Lowry Theatre in Salford in 2016.

The play, which also stared Ruth Madoc, was set in a mother and baby convent where young girls would be sent to give birth to their illegitimate babies "shame-free".

In an interview on Lorraine Kelly, Brooke said the characters "all go to a convent where the matron is played by Ruth.

"It's all four different stories about how we've all got there and how we're gonna go forward from that."

8. Her mum keeps her grounded In a interview on This Morning with Phillip and Holly, Brooke said her mum always keeps her grounded.

When it came to her role as Sophie she told her daughter she could be got rid of as quickly as she had been hired.

"She definitely puts me in my place, even now," Brooke admitted.

9. Brooke is close to her on-screen sister 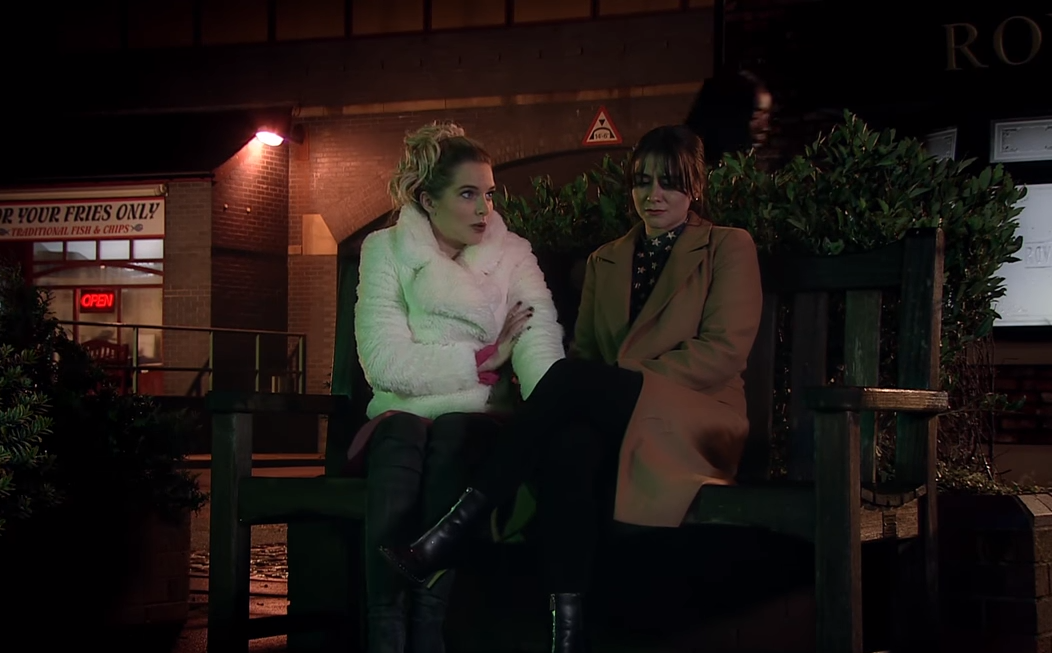 In an interview with Holly and Phil on This Morning, Brooke talked about Helen Flanagan's return to the cobbles after the birth of her first daughter Matilda.

Brooke said: "It's nice to have her back.

Helen has played Rosie since 2000 taking over from Emma Collinge.

10. Brooke has a real-life connection to the recent sepsis storyline 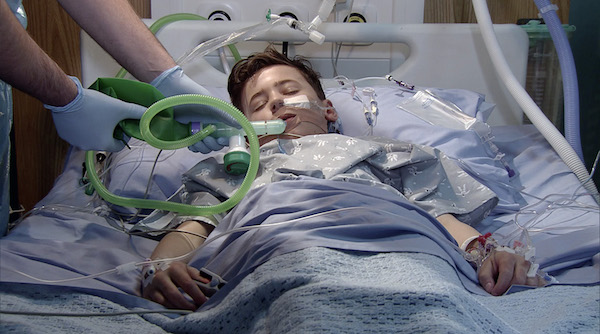 Her on-screen half brother contracted sepsis through a cut on his leg (Credit: ITV)

Last year Sophie's younger half-brother Jack contracted sepsis after falling over and cutting his leg. This led to him having it amputated.

But Brooke revealed that her pregnant friend actually contracted sepsis whilst Brooke was filming the storyline.

Speaking on This Morning, she said: "Before we did the sepsis storyline, I wasn't familiar with it.

"But then my friend got it, she was pregnant and she got it. And I was doing the storyline at the time. And I'm thinking, 'you’re pregnant', and it could be this or it could be that.

"It's really scary. Really scary. We just want to get it right. Everybody's story is different, but we want it to be right. Corrie is a massive platform and we're here to raise awareness."

Do you enjoy watching Brooke in Corrie? Leave us a comment on our Facebook page @EntertainmentDailyFix and let us know what you think!