Prince William and wife Kate 'can relate' to how parents across the country are having to juggle work and home schooling their children during the coronavirus pandemic, it has been claimed.

According to US celeb mag People, Prince William and Kate Middleton will be going through the same difficulties as other mums and dads trying to keep the kids occupied following the closure of schools.

And apparently this extends to Wills and Kate taking on tutoring duties for Prince George, Princess Charlotte and Prince Louis themselves.

Journalist Michelle Tauber claims: "This is one of those times where there is some relatability there. They are now home schooling their kids like other families around the world. William and Kate are at home with George, Charlotte and Louis (Credit: SplashNews.com)

"Their older children, George and Charlotte, their school closed a couple of weeks ago. So they are most likely spending time at their country home, Anmer Hall.

"They would be doing the kinds of things that families everywhere are trying to do - cooking with the kids, reading, puzzles.

I’m not exactly sure they would be faring any better than the rest of us.

"Everyone is doing their best on that front. I’m not exactly sure they would be faring any better than the rest of us. It’s a lot to juggle."

However, a nanny is reportedly lending "plenty of support". 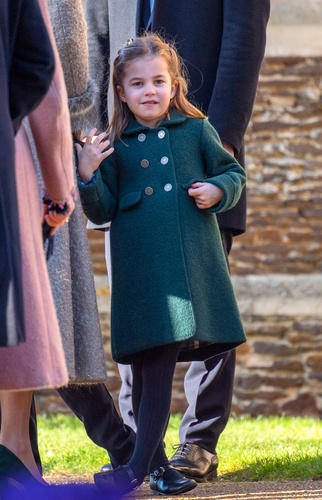 Charlotte is being home schooled by her royal folks (Credit: SplashNews.com)

'Making the most of it'

Although it is believed the royals are staying in Norfolk during the crisis, the Cambridges' main residence is Kensington Palace in London.

According to reports last weekend, their young children are making the most of being out of the capital.

An anonymous source is reported to have told The Sun: "George, Charlotte and Louis are now relishing their freedom in the spacious gardens of Anmer Hall.

"Climbing frames, a climbing wall and swings are a big part of the Cambridge outdoors activity scene, and Kate will do pond dipping and note-taking to log what they have spotted.

"Birdwatching with binoculars is another favourite of the kids."

It was also recently reported that the Prince wishes to make a return to the air ambulance service during the pandemic.

He last flew an air ambulance in 2017, flying medics to emergency situations for two years before stepping down.