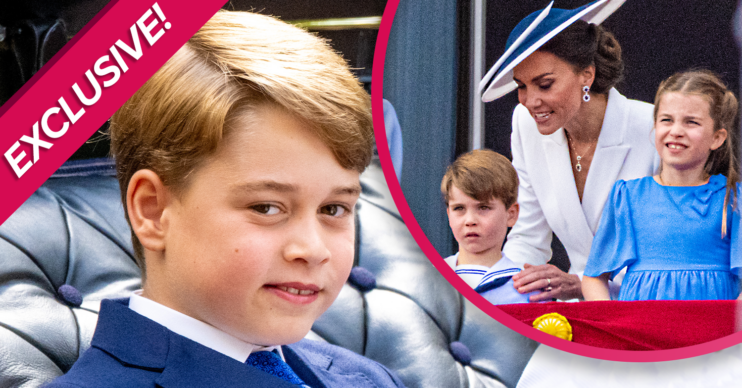 William and Kate to remove kids from limelight after starring role at Jubilee: ‘Privacy is important’

Life will go back to normal for George, Charlotte and Louis now

Prince William and wife Kate will be keen for life to return to normal for their three children after their starring role at the Platinum Jubilee.

Prince George, Princess Charlotte and Prince Louis attended numerous events over the four-day weekend, much to the delight of royal fans.

However, one royal expert has delivered a blow for fans of the Cambridge kids, as he predicts we won’t see much of them going forward.

William and Kate’s kids and their starring role

Royal fans were delighted to see the three children appearing on the Buckingham Palace balcony.

They also took part in a royal walkabout, attended the concert and the pageant and sat in a carriage in the Trooping the Colour parade.

Read more: Prince George’s ‘training’ to be king is ‘going well’ as his secret weapon is revealed

However, royal expert Richard Fitzwilliams has said these numerous sightings aren’t, sadly, something we should get used to.

He told Entertainment Daily: “We’ve seen a lot of them, but privacy is very important.

The one thing that won’t change is the obsessive interest in them.

“Going forward, it’ll be photos on birthdays and seeing them on days of significance, like before,” he said.

Richard said that we are lucky that the Duchess of Cambridge is a photographer, so that will give us a little more insight than we would usually get.

However, he added: “But don’t expect too much because we’ve had a lot.”

‘Something special’ about Prince George

Looking ahead to Prince George’s future, Richard also said that he can see “something special” in the youngster.

Of the little boy who will one day be king, he said: “There’s definite recognition, there’s definitely something special there, with the way he’s behaving.

“Compare George and Louis and it speaks for itself. Undoubtedly.”

He added: “It’s far too early to predict what sort of king George will be.

“Who would’ve thought Prince Harry would change, that wouldn’t have been predicted, no one would’ve predicted it. It was phenomenal. It was seismic,” he said.

However, he added: “The one thing that won’t change is the obsessive interest in them.”