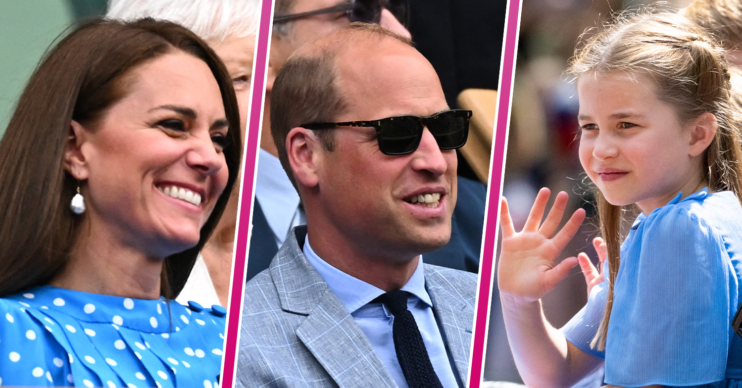 They said she had a 'lovely' birthday

Charlotte turned seven back in May and was sent a raft of messages from fans.

As a result, one royal fan, blogger @loopycrown3, has shared the sweet “postcard” sent to her by the Duke and Duchess of Cambridge.

The postcard features an adorable image of Princess Charlotte smiling sweetly in a field of wildflowers.

It was one of several official pictures taken by Kate in Norfolk, released to celebrate Charlotte’s birthday.

In the picture, Charlotte’s brunette hair falls gently over her shoulders as she poses in a blue jumper and white spotted shirt.

The caption read: “A fantastic thank you postcard from the Cambridges. Thanking me for sending birthday wishes to HRH Princess Charlotte of Cambridge for her 7th birthday.”

‘Princess Charlotte had a lovely day’

In the next upload, the blogger shared the message from William and Kate.

It said: “Thank you for the kind birthday message which you sent for Princess Charlotte’s seventh birthday.

Read more:  Who is Wendy Crozier in Coronation Street? What happened between her and Ken Barlow?

“Princess Charlotte had a lovely day and your message was greatly appreciated by the Duke and Duchess of Cambridge who send you their very best wishes.”

The Kensington Palace crest was visible at the top of the postcard.

‘I hope mine arrives soon’

Fellow royal fans were quick to celebrate the note from the Cambridges.

One said: “It’s a lovely picture! My favourite of the three released.”

I love the photo – I hope mine arrives soon!

Another agreed and said: “What a beautiful and happy photo.”

Others admitted they too were waiting on a letter from the royals.

“I love the photo – I hope mine arrives soon!” they said.

Meanwhile, the real reason we didn’t see Princess Charlotte at Wimbledon with brother Prince George has been reported.

Children under five are not allowed at Wimbledon – and Prince Louis is only four.

Charlotte, however, is seven, so what was she absent?

According to reports, Kate was asked about Charlotte during Sunday’s event.