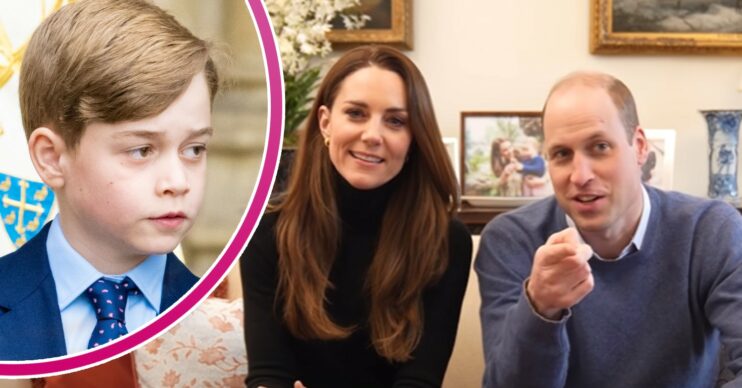 George, who is third in line to the throne, has been making lots of appearances in a number of royal engagements with his parents recently.

But how did he find out about his royal destiny?

Royal author Robert Lacey claimed that Prince George would have been told about his royal duties when he was only seven years old.

In an updated version of his book last year, Battle of the Brothers, Lacey revealed that Prince William and Kate wanted to break the huge news to their son themselves, before word got out from other people.

He wrote: “William has not revealed to the world how and when he broke the news to his son.

“Maybe one day George will tell us the story himself. But some time around the boy’s seventh birthday in the summer of 2020 it is thought that his parents went into more detail about what the little prince’s life of future royal ‘service and duty’ would particularly involve.”

Lacey also explained that the pair wanted to sit George down at a “controlled moment of their choice”.

This was so Prince George didn’t get the shock of his life, like his father, when he found out from other people that he was in line for the throne.

Prince William found out about being a Prince in school

Prince William and Kate’s reported decision to tell George was said to link to how Prince William found out about being a Prince.

Princess Diana wanted to give her children a normal upbringing as possible.

Therefore, she apparently avoided telling William about being in line for the crown.

However, William eventually found out when he went to school and noticed that his classmates were treating him differently.

Read more: Sherwood on BBC One: Who was Kieth ‘Froggy’ Frogson? Where is his killer Robert Boyer now?

In his book, William and Catherine: Their Lives, Their Wedding, Andrew Norton claimed that Prince William didn’t find out about being heir to the throne until he went to school.

He wrote: “Before William attended school he had no idea that he was any different from anyone else.”

He then went onto say that William found out after one of his friends asked “Don’t you know the Queen?”

And a young William reportedly replied: “Don’t you mean granny?”