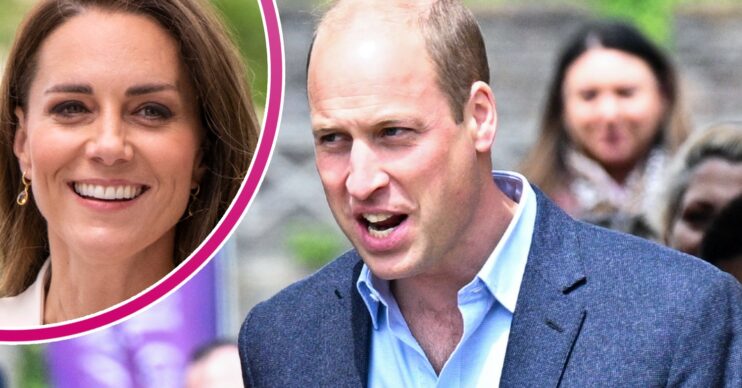 Can you guess what it is?

Maria Teresa Turrion Borrallo first became a nanny to the royals in 2014.

She has been with the family ever since, helping to raise their three growing youngsters.

It’s been revealed that certain ground rules apply when looking after William and Kate‘s kids – and that includes banning the use of the word “kids”.

Author Louise Heren told The Mirror that the young royals are always referred to by their names, or as “children”.

She said she discovered this when she spent a year at Norland College, where Maria trained, researching a documentary.

She said student nannies are always taught not to say the word “kids”.

As a result, the young royals are said to always be referred to as “children” or by their names.

Louise revealed to The Mirror: “The word kid is banned. It’s a mark of respect for the children as individuals.”

The author said this is a firm rule at the college, so it’s highly likely Maria also puts it into action with the youngsters.

The author went on to share that Kate is “hands-on” despite having a nanny.

As a result, it’s believed she is very close to Maria.

You get up, have breakfast, you go to school and you wear your school uniform whether you like it or not.

She said: “Given what we have seen of Catherine when she is out in public, she’s very hands-on. I imagine her relationship with Maria is very close and they collaborate greatly on the care of the children.

“I’ve spoken to nannies who have worked with other royal families and life is pretty normal. You get up, have breakfast, you go to school and you wear your school uniform whether you like it or not.”

Louise added that it would be “quite like the average British school children”.

Meanwhile, Kate was recently praised for the way she’s raising her children.

Louise Pentland, aka SprinkleofGlitter, is a YouTuber with 2.2 million subscribers.

She has worked with the Duchess of Cornwall in the past and has nothing but praise for the Royal Family.

Louise labelled Kate a “loving” parent, saying: “I also watch how she [Kate] is with her children when you see rare bits of footage and I feel like she brings that to her own family as well.

“I really love that you can see they’re a caring loving family and I love how that radiates out to the nation,” she continued.