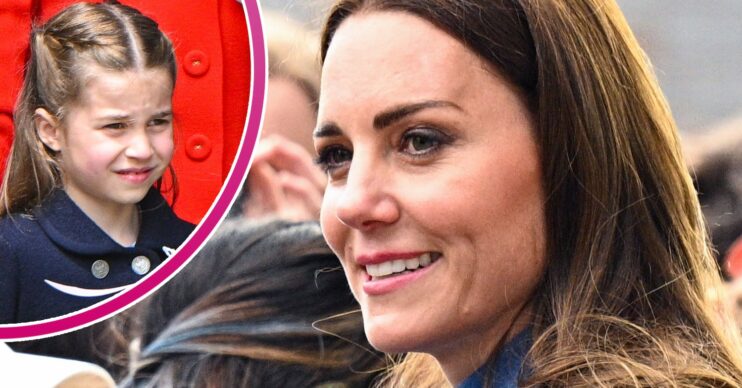 As lots of young girls are, reports claim that Charlotte’s obsessed with horses and riding them.

As a result, Prince William and Kate apparently put their heads together and came up with some special for Charlotte’s birthday in May.

According to a royal source, the Duke and Duchess of Cambridge bought Princess Charlotte a pony for her recent seventh birthday.

The insider told US Weekly in May: “The gift Charlotte wanted more than anything was a pony. She has been taking horse riding lessons for over a year and is obsessed.

“William and Kate know that her passion for riding isn’t a [phase] and finally agreed to buy her one.”

However, that supposedly wasn’t all.

Read more: Prince Harry’s ‘gesture to Kate which has cemented her role as the bridge between him and William’

According to reports, the princess got two birthday parties and that Kate catered them both entirely by herself.

“Kate made all the food herself—mini pizzas, burgers, sausage rolls, hot dogs, fruit wands, sandwiches, multi-coloured cupcakes and ice cream for everyone to tuck into,” added the source. “The second party was thrown for Charlotte at Kensington Palace with her classmates.”

Furthermore, Princess Charlotte’s passion for horses mirrors her grandmother’s. The Queen has had a passion for horse riding for years, and can regularly be seen engaging in her beloved hobby.

Kate Middleton on the struggles of motherhood

Elsewhere, Kate previously opened up about suffering from mum guilt.

Speaking in 2020, she said: “It’s a constant challenge – you hear it time after time from mums, even mums who aren’t necessarily working and aren’t pulled in the directions of having to juggle work life and family life.

“[You’re] always sort of questioning your own decisions and your own judgements and things like that, and I think that starts from the moment you have a baby.”

What do you think of Kate, Duchess of Cambridge? Leave us a comment on our Facebook page @EntertainmentDailyFix.