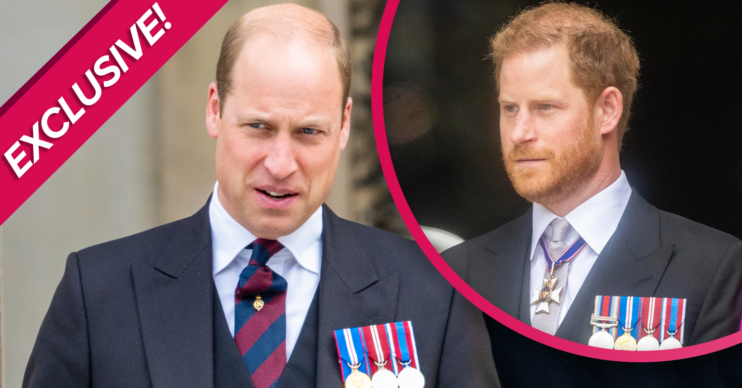 William and Harry set for ‘difficult’ reunion on anniversary of Princess Diana’s death?

They previously came together to commemorate her 60th birthday

Princes William and Harry could be set to endure a “difficult” reunion this summer, it has been claimed.

The warring brothers did not appear to reunite – in public, at least – over the Platinum Jubilee weekend, despite Harry and wife Meghan Markle flying over for the occasion.

It’s also been reported that William and wife Kate turned down an invitation to Harry’s daughter Lilibet’s first birthday party.

It was was held at Frogmore Cottage in Windsor, where they were staying.

However, they could be set to reunite this summer to commemorate the 25th anniversary of their mother’s death.

William and Harry to reunite for Diana?

Harry flew to the UK from America, where he lives with Meghan, Lilibet and Archie.

And the brothers appeared relaxed in each other’s company as they unveiled a statue of their mother in the Sunken Garden at Kensington Palace.

Of course, earlier that same year, the brothers both attended their grandfather Prince Philip’s funeral.

And, on that occasion, they were seen chatting together as they headed back to Windsor Castle.

So could this summer bring another reunion for the boys?

Royal expert Richard Fitzwilliams appears to think it may happen, and exclusively told Entertainment Daily that it may well prove to be “difficult”.

And not just for William and Harry.

“The moment Diana is in the news, Prince Charles and Camilla suffer,” Richard told us.

“And also, with the 25th anniversary, we don’t know what’s going to happen. Quite a bit may, again, featuring William and Harry possibly. So I think that will be difficult,” he added.

We don’t know what’s going to happen. Quite a bit may, again, featuring William and Harry possibly. So I think that will be difficult.

Of course, things haven’t been the same between Diana’s sons since Harry stepped down as a senior member of the royal family.

Royals made Harry ‘at ease’ over the weekend

Meanwhile, royal expert Richard also lifted the lid on the lengths the royal family went to in order for Prince Harry to feel “at ease” over the Jubilee weekend.

Harry and Meghan were seated across the aisle from the Cambridges.

Richard thinks this was done so the chance of any glances from the brothers that may have been misinterpreted were out of the question.

He also admitted it was was meticulously “arranged” so that the Queen could take “centre stage where she should be”.