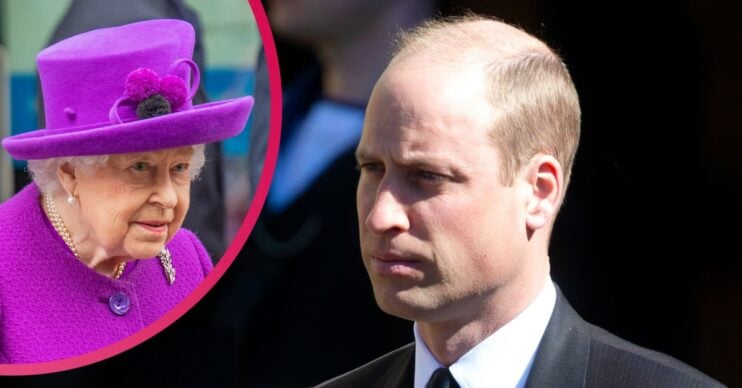 Will Prince William ever be King? Full details of what’ll happen after the Queen’s death

Currently second-in-line to the throne, but that will change

Prince William will have a huge role to play in the British monarchy when the Queen dies – but will he ever be King?

He is currently second-in-line to the throne, following his father Prince Charles who is heir apparent.

However, once his grandmother the Queen passes away, Prince William‘s destiny – and that of wife Kate Middleton – will move closer.

Following in his father’s and other ancestors’ footsteps, Prince William might expect to become Prince of Wales when Prince Charles becomes King.

The title is traditionally granted to the heir apparent of the British throne.

However, this is not guaranteed.

That’s because the title is not heritable and granted by the monarch.

Read more: What happens when the Queen dies? Full timeline of events

Nonetheless, Prince William – as the eldest son of the monarch when Prince Charles is King – will obtain other titles.

The positions of the Duke of Rothesay and the Duke of Cornwall, for instance, are honours held in this respect.

If Prince William becomes King, his current title of the Duke of Cambridge, will merge with the Crown.

The wife of the Prince of Wales is entitled to the title Princess of Wales.

However, Camilla uses the Duchess of Cornwall (and Duchess of Rothesay in Scotland) instead as the honour was associated so strongly with Princess Diana.

The title of Princess of Wales has always been held by the prince’s wife as spouse of the heir apparent.

The expectation, therefore, is that the holder will become Queen Consort.

There has been no indication whether Kate Middleton will be known as Princess of Wales as Prince William’s future title has not been disclosed.

This is unlikely to happen while the Queen is alive and still monarch.

Will Prince William ever be King?

Prince William is currently second-in-line to the throne.

His father Prince Charles is heir apparent and will become King when the Queen dies.

The succession is law.

Should Prince Charles hypothetically choose to refuse the crown before his mother’s death, he would have to request a Parliamentary bill to remove him from the line of succession.

Any bill would need passing by Parliament as well as royal assent. It is highly unlikely this will ever happen with Prince Charles.

The same process would apply to Prince William when his father becomes monarch. However, there is no indication this is likely to happen in any way.

So, barring his death or the end of the British monarchy before his father passes away, Prince William will be King following Prince Charles’ death.

Will Prince William be William V?

In terms of whether Prince William will be known as William V when he is King, there has been no indication in public what regnal name he may take.

However, over the last couple of centuries, there have been several incidences of British monarch choosing their middle names as their regnal names.

However, the Queen decided to be known as Elizabeth II – and her first name is also Elizabeth.

Prince William has the names William Arthur Philip Louis. His youngest son has been named Louis, which might rule that possibility out.

Philip, with the same spelling was the name his late grandfather, the Duke of Edinburgh, was known by.

But could it be picked as tribute, even though the British royal line passes through his grandmother’s side?

When Prince William becomes King what will Kate Middleton be – Queen or Queen Consort?

As Kate Middleton will not be a monarch who rules in her own right, she will never be known as Queen Regnant.

However, as the wife of a King – if Prince William survives to become monarch, she survives and they remain married – Kate Middleton will be Queen Consort.

That is the same title the Queen announced she wishes Camilla to be known by when Prince Charles becomes King.

However, on a day-to-day basis – for instance, in the press – it may be that Camilla is referred to as Queen.

With the Queen having reigned for seven decades, there is no recent indication on how a Queen Consort may be referred to in contemporary culture.

But Camilla’s standing and how she is referred to generally may suggest how Kate Middleton will be known informally in years to come.

Will Prince William be a good King?

There will be numerous ways to evaluate Prince William’s qualities as King.

And no doubt nearly every aspect of his life so far has been directed to prepare him for taking on the role eventually.

However, it is difficult to assess his worth, suitability or performance without setting out what makes a “good” King.

Read more: Prince Charles and William ‘instrumental’ in persuading Queen to strip Andrew of his titles

Indeed, many would argue the presence of a royal family – even a constitutional monarch of any description – in the 21st Century is not a “good” aspect at all.

But perhaps that is too overall an approach to a loosely-defined question.

And so, it seems judging Prince William on whether he will be “good” or not, in any respect, may just come down to whether an individual likes him or not.

Time will tell, but he’s certainly popular in his position as second-in-line to the throne now.