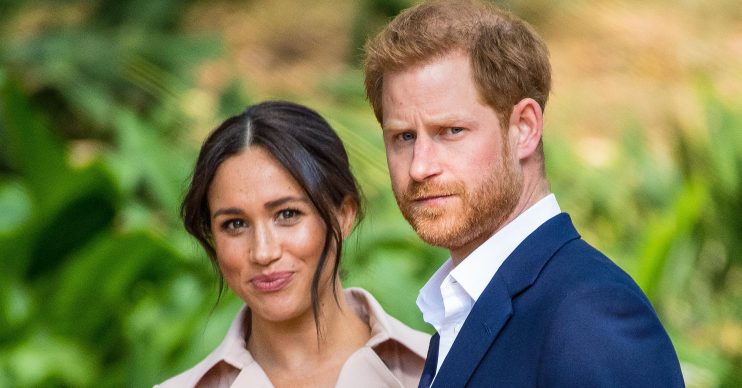 The duchess wasn't involved in the talks…

After the Queen released a statement confirming that she supported Harry and Meghan’s decision to step down as senior members of the royal family, new details of what happened at the royal summit have emerged.

Last night (January 13), the monarch said the family had taken part in “constructive discussions” surrounding the future of the Duke and Duchess of Sussex.

She said: “Although we would have preferred them to remain full-time working members of the royal family, we respect and understand their wish to live a more independent life as a family while remaining a valued part of my family.”

Now details of what went on behind closed doors has been reported.

It’s claimed that Prince Harry arrived two hours early for the meeting with the Queen, Prince Charles and Prince William.

It’s thought this was because Harry wanted to secure a one-on-one chat with his grandmother to put across his side of the story.

It is claimed that he was accompanied by his newly-appointed private secretary, Fiona Mcilwham.

This was a highly confidential family discussion, not a conference call.

Meghan was also reportedly not allowed to join the talks – which were said to be “calm” and lasted two hours – via conference call due to security fears.

It was thought that phoning into the chat could compromise the privacy of the talks.

The Daily Mail reported: “This was a highly confidential family discussion, not a conference call.”

Prince Charles is also thought to have told his son that he would not have “unlimited resources” once he stepped down from his role.

After making a statement to say they wanted to work towards financial independence, Harry and Meghan will have strict rules imposed on them going forward as to what they can put the Sussex name too.

A source said: “There will be strict instructions on branding, for example. No one wants to see the Sussexes’ name on a tub of margarine.”

The Queen is now thought to have asked aides to come up with a final plan and a solution to all of the sticking points by Friday at the latest.

Her statement confirmed: “These are complex matters for my family to resolve, and there is some more work to be done, but I have asked for final decisions to be reached in the coming days.”

William and Harry also released a statement ahead of the talks denying claims Harry has been bullied out of the family by his elder brother.