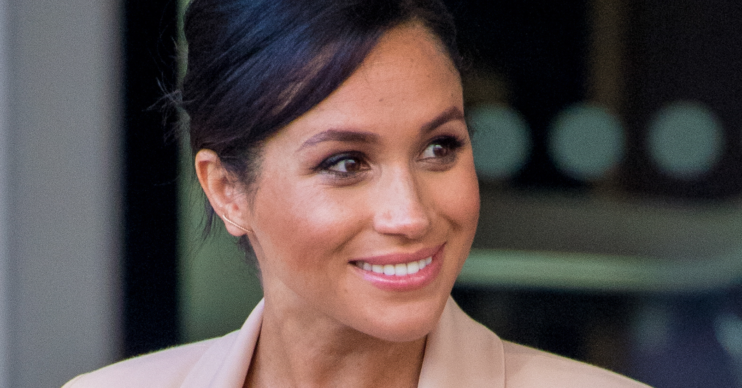 Meghan allegedly "astonished" an attendee at a royal bash

According to news reports, Lady Colin believes the Duchess of Sussex rapidly became a talking point within Palace circles following her wedding to Prince Harry.

Apparently Meghan ended up doing something surprising at a 70th birthday celebration for Prince Charles around the same time.

But Lady Colin goes on to suggest Meghan ended up ‘astonishing’ an attendee with “impeccable palace connections”.

We all thought this doesn’t bode well.

The author insisted she had previously “rooted” for Meghan.

Lady Colin also indicated ‘virtually everybody’ in her social circle also wanted Meghan to be a royal success.

However, Lady C indicated she believed problems could be ahead after hearing of the alleged incident.

She told the tabloid: “Something happened there on the Tuesday, and I was told about it on the Wednesday evening at dinner by a household name with impeccable palace connections.

‘It was not a good harbinger’

“We were all absolutely gobsmacked and astonished, we all thought this doesn’t bode well.

“It was not a good harbinger, we were all hoping against hope the information was wrong, but of course it was accurate.”

Despite noting how much she wanted Meghan to thrive, Lady Colin has spoken out about the Duchess before.

Last summer she said she believed the two most important women in Harry’s life were “sufficiently” alike “for there to have been the potential for conflict”.

Lady Colin wrote Diana in Private: The Princess Nobody Knows in 1992. The book contained details about Diana’s struggles with bulimia and her affair with James Hewitt.

Lady Colin also drew parallels between the two women as she reflected on Meghan’s former career and a claimed perception of Diana.

She told Woman‘s magazine: “Diana would be appalled, she had enough nous to know when to put on a show.

“She was very aware of how important it was to be gracious. Meghan – and Harry to an extent – trot out the charm when it suits them, but otherwise are graceless.

“Her behaviour shows a lack of understanding and appreciation of what being royal is. I’m not sure who she thinks she is behaving this way.”

Meghan and Harry: The Real Story will be published later this month.