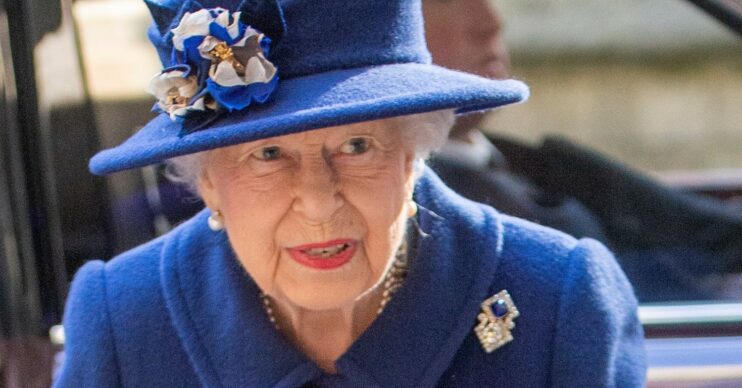 Her Majesty is currently struggling with her back

A royal photographer has claimed that he’s wary of believing the Palace’s claims about the Queen’s health.

The Queen has been been under doctors’ orders to rest for the last month.

In October, the Palace originally failed to make her health struggles public.

However, a statement was later made after news about her overnight hospital stay became widely known.

She was since thought to have been recovering well.

However, new reports over the weekend revealed that the Queen was forced to cancel more royal duties due to suffering from back pain.

As a result of the Palace’s latest comments about Her Majesty’s health, royal photographer Arthur Edwards has claimed that he’s apprehensive about believing that the public is being told the full story.

“What did surprise me was the Palace revealed she is suffering a back strain,” he told The Sun. “Normally, they don’t reveal what the problem is. I just wonder what is really going on.”

“I now treat everything the Palace says with scepticism,” he added.

Meanwhile, the palace had originally said that it was the Queen’s “firm intention” to attend the Remembrance service on Sunday (November 14).

However, she made the decision to miss the event last minute with “great regret”.

As a result, a wreath was laid on her behalf by the Prince of Wales.

Buckingham Palace said in a statement: “The Queen, having sprained her back, has decided this morning with great regret that she will not be able to attend today’s Remembrance Sunday service at the Cenotaph.

“Her Majesty is disappointed that she will miss the service.”

The Queen has only missed six Cenotaph ceremonies during her reign.

Read more: Princess Diana’s ‘desperate plea’ as she decided to step away from the royal family

On four occasions, she was on overseas visits and couldn’t attend. However, in 1959 and 1963, she was in the country but was heavily pregnant with her two youngest children.

Meanwhile, Prime Minister Boris Johnson issued a statement regarding the Queen’s health over the weekend.

He said that he wanted to reassure the public that the Queen is “very well”.