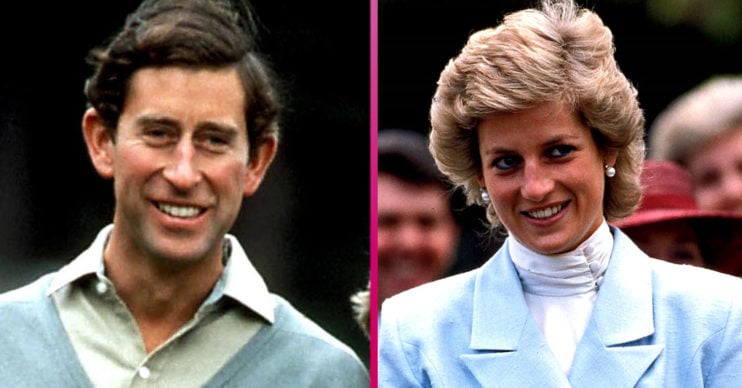 The former couple shared a string of romantic moments

Valentine’s Day is here and we’re looking back at when Prince Charles and Princess Diana captured the world with their relationship.

The pair were married for 15 years and welcomed two children – Prince William and Prince Harry – during their marriage.

ED! is looking back at moments which prove Charles and Diana were once in love before the breakdown of their marriage.

The Prince of Wales proposed to Lady Diana Spencer on February 3, 1981, after just six months of dating.

Their engagement became official on February 24, 1981, and the couple gave an exclusive interview.

Meanwhile, the couple posed for a series of loved-up photos released by Buckingham Palace.

She finished the look off with black heels and a black clutch bag.

In the snaps, Diana and Charles looked incredibly happy and loved-up outside at Buckingham Palace.

Branded the “wedding of the century”, millions around the globe tuned in to watch Diana and Charles say “I do”.

Following the ceremony, the couple kept with tradition and appeared on the balcony of Buckingham Palace.

They shared a kiss, much to the delight of the crowds watching below. This moment shows the couple were at their happiest since announcing their engagement.

Speaking to Andrew Morton in her biography, Diana: Her True Story in Her Own Words, Diana said: “I remember being so in love with my husband that I couldn’t take my eyes off him.

“I just absolutely thought I was the luckiest girl in the world.”

Diana and Charles on their honeymoon

Following their wedding, Charles and Diana embarked on their honeymoon – a 14-day cruise aboard the royal yacht Britannia.

The couple ended their getaway at Balmoral Castle in Scotland.

Despite claims that a “clash in personality and interests became apparent during the honeymoon”, the pair seemed happy enough in photos taken at Balmoral.

In one, Charles planted a kiss on Diana’s hand as she smiled at her husband.

In the pictures, the couple beamed as Diana rested her head on Charles’ shoulder.

Meanwhile, in another, Charles put his arm around his wife while smiling.

Hours after giving birth, Diana and Charles posed on the steps outside the Lindo Wing at St Mary’s Hospital in London with baby William.

The couple looked happier than ever as they introduced their son to the world.

One moment saw Diana and Charles smile at each other as she held William.

She and Charles toured Australia and New Zeland for more than 40 days and were joined by their baby son Prince William.

Meanwhile, Charles and Diana were seen dancing together at a charity ball in Sydney.

The couple looked loved-up and genuinely in love with each other.

The couple stuck with tradition and posed outside the Lindo Wing with their son.

Diana looked glowing in a red dress and matching red shoes as she introduced Harry to the cameras.

The couple beamed as Charles looked every inch the proud dad.

Diana and Charles shared several public kisses during their marriage.

During a polo match in 1985, the couple kissed as she presented him with a prize at polo in Cirencester.

Read more: Kristen Stewart as Diana: First pic released but is she as good as The Crown portrayal?

Meanwhile, they also had a romantic smooch at a polo match in 1987, after Diana handed Charles a prize at Guards Polo Club.

But the kisses didn’t stop there. During that same match, Diana kissed Charles again after presenting him with another polo prize.

In 1992, Charles kissed his wife while on a visit in Jaipur, India.

How are you celebrating Valentine’s Day this year? Let us know on our Facebook page @EntertainmentDailyFix.