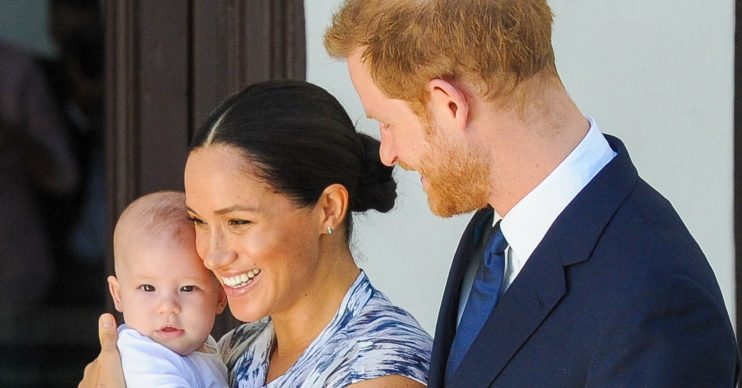 The truth behind baby Archie being left in Canada

The Duke and Duchess of Sussex recently completed their final official engagements before they step back from royal life.

Meghan Markle and Prince Harry returned to the UK after spending time in Canada with their 10-month-old son Archie.

But the couple came under fire for travelling to Britain without Archie, who is believed to have stayed in Canada.

Read more: Meghan ‘desperate to get home to Archie after coronavirus panic’

It’s now been claimed that Meghan and Harry decided to leave Archie in Canada due to the ongoing coronavirus outbreak.

According to The Telegraph‘s Bryony Gordon, Meghan spoke about why they didn’t bring Archie as she met 23 young scholars at Buckingham Palace.

Bryony, who attended the meeting, explained in an article: “The decision to leave Archie behind in Canada came not out of petty spite, as reported in some areas, but out of concern for his health during the threat of a global pandemic.”

It comes after the Queen’s former press secretary said it was “spiteful” and “inconsiderate” of Harry and Meghan to not bring Archie to the UK.

Dickie Arbiter, who was a spokesperson for the Queen from 1988 to 2000, believes the couple should have allowed the royal family to spend some time with their son, who turns one in May.

The decision to leave Archie behind in Canada came not out of petty spite.

“They flew Archie down to Southern Africa in October for that visit, so it wasn’t too far to take him there, so I believe that they should bring him.”

Dickie added: “It is spiteful, it’s inconsiderate as well, and the Queen is going to be 94 in April, she’s not going to be with us much longer.

“You’ve got to be practical, he was in hospital at Christmas, he looked pretty frail when he came out, and he’s up at Sandringham, nobody’s seen him, and he is frail.

“People do get frail at that age and it would be a great pity if Archie wasn’t brought over so that his great-grandparents could see him.”

What do you think about Meghan and Harry’s decision to not bring Archie to the UK? Share your thoughts with us on our Facebook page @EntertainmentDailyFix.