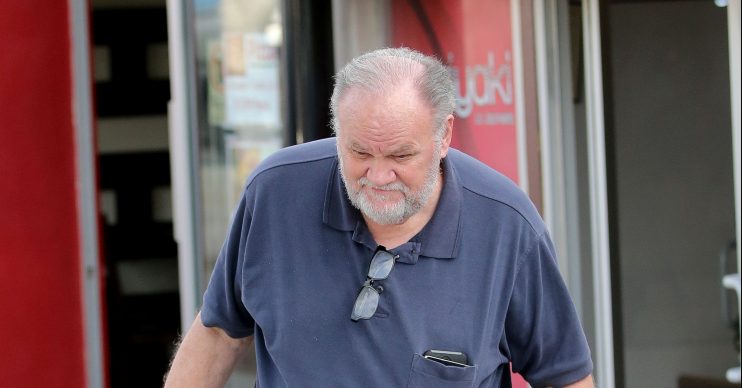 He has wished the child health and happiness

They’re locked in an unfortunate family drama, but Meghan’s father Thomas has reached out to her and Harry, following news they have become parents.

In a statement to The Sun the 74-year-old said: “I’m delighted to hear that mother and child are doing well.

Read more: Prince Harry reveals when we will get a glimpse of royal baby

It is understood that Meghan has not seen her father since before her wedding last May.

He was due to walk his youngest daughter up the aisle, but was forced to miss the momentous occasion after suffering a heart attack.

Relations have been strained after Thomas gave interviews to media outlets, including Good Morning Britain, after it was revealed he had posed for paparazzi pictures.

He also went public with a letter that his daughter had written to him in confidence.

Meghan’s mum Doria Ragland was the only member of her family to attend the wedding and it’s believed she is the only family member by her side as she enters a new chapter of her life as a mother.

It’s unclear whether Thomas, who is understood to not be in the best health, will ever get to meet his royal grandson.