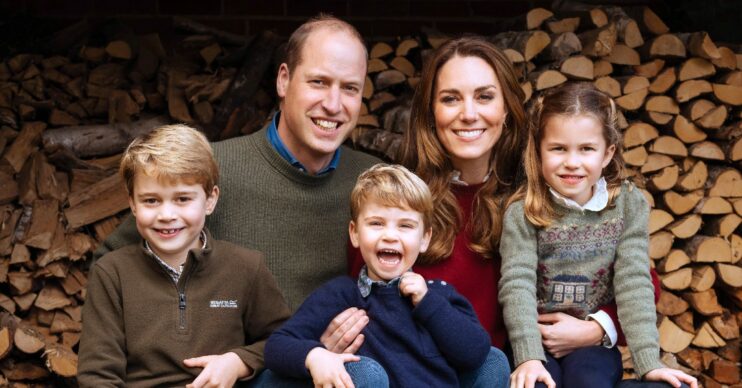 Prince George and his siblings Princess Charlotte and Prince Louis will, by now, have ripped open their Christmas presents.

But the items that are said to have been on their list may come as a bit of a surprise.

The royal trio are just like any other kids when it comes to this time of year.

And, luckily for them, they didn’t have to thanks to one of the best royal traditions ever invented.

What do Prince George, Charlotte and Louis get for Christmas?

Unlike the rest of us, the royal children don’t have to wait until Christmas Day to open their gifts.

A  tradition dating back to the Victorian times means the royal family open their gifts before the big day.

In a nod to their German heritage, the royals share presents on Christmas Eve.

When afternoon tea is over, the gifts are laid out on a dressing table and the whole family gathers round.

However, Kate Middleton is believed to save a present from Santa for Christmas morning.

According to reports, she wants them to have the same experience as their classmates.

What are the royal family doing for Christmas 2021?

This year the festivities are being celebrated at Sandringham, at the request of the Queen.

It will be the first Christmas since the death of her husband the Duke of Edinburgh, in April.

So what Christmas presents are George and his siblings likely to receive?

Kate and Wills are very careful when it comes to making sure their children aren’t spoiled.

They veer away from anything tech – and computer consoles and iPads are restricted when it comes to screen time.

So the gifts are unlikely to be anything too lavish and will be of a practical nature.

Royal expert Katie Nichol said: “I’m sure they’re not going to want for anything, but when it comes to technology and screens, they are careful not to spoil them with extravagant gifting.

“Kate is usually very strict on screen time and keeps it to a minimum.”

Princess Charlotte is obsessed with horses and unicorns to it’s likely her gifts will be along that theme.

She started riding when she was just 17 months, and it’s likely she will want a new pony to spend time with.

Her older brother George is into music and has been learning to play the guitar.

According to reports, he has an acoustic guitar and is keen to play the electric guitar too.

Meanwhile little Louis wants a bike, without stabilisers,  after progressing so well on his balance bike.

What Christmas gifts will the grown ups get?

The royal family are fans of giving gag gifts, because what else do you get when you’ve already got everything?

Katie Nichol said: “If you can achieve something that is tongue in cheek and will have the Queen laughing, then you’ve really done well that Christmas.

“The more kitsch, the better. Nothing ostentatious, or terribly expensive or lavish, that doesn’t really go down well with the Queen.”