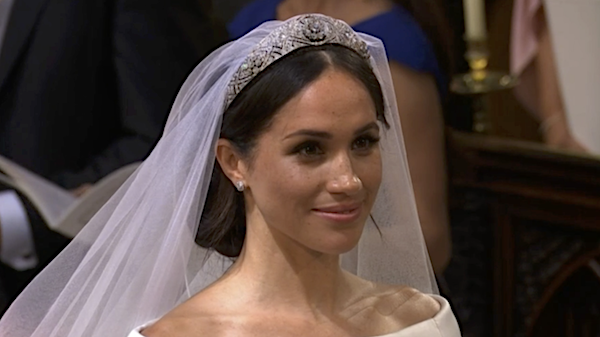 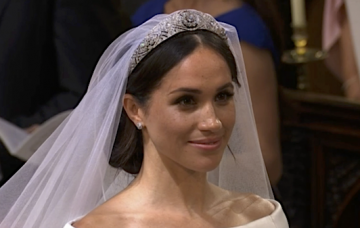 Her life is about to change drastically

Meghan Markle has tief the knot with Prince Harry and officially joined the royal family.

But with the privileged role comes a string of rules that the former actress must follow, as the Duchess of Sussex.

From strict outfit rules to not being able to take a selfie, here are some of the things Meghan will have to abide by when she becomes a royal.

Meghan will have to ditch the selfie when she marries Harry.

As fans may have noticed, the star deleted her Instagram account, which attracted 3 million followers, and her lifestyle blog, The Tig, when she started a relationship with the prince.

It seems Meghan may be already getting used to the new rule, though, because she reportedly told a couple during her first official royal outing in Nottingham: “We’re not allowed to do selfies.”

Must always travel with an all-black outfit packed

The royals always know how to dress for an occasion, no matter what it is.

But what fans may not know is members of the royal family must carry an extra outfit with them when travelling, according to The Sun.

All members of the royal family apparently have to bring a black outfit in case one of their relatives passes away during the trip.

This ensures that when they arrive back in the UK, they are dressed appropriately to match the sombre mood of the nation.

If any formal occasion takes place during the day, women must wear a hat.

However, when the sun comes down, the hats come off.

After 6pm, the hats must be replaced with tiaras.

Shellfish is off the menu

Meghan will have to give up shellfish when she becomes a royal.

It’s been said the royal family are advised not to eat shellfish when dining out.

According to The Sun, the royal family are “forbidden” from ordering shellfish because of the risk it holds when it comes to food poisoning.

It’s believed the royals are also advised to stay away from rare meat and tap water when they’re abroad.

When out in public, the Duchess of Cambridge and the Queen are always spotted sporting au naturel nails.

And there’s a reason for this.

According to OK! magazine, coloured nail varnish and fake nails are not part of the royal etiquette and a source claimed it is deemed “vulgar” by the royal family.

It’s quite rare to see public displays of affection among members of the royal family.

There’s no official rule that restricts PDA, but according to royal etiquette expert Myka Meier, there is a tradition that royal couples have to keep their PDA to a minimum.

She told American magazine People: “Meghan and Prince Harry holding hands at a royal engagement is a refreshingly modern approach to their new role both as a couple and as representative of the royal family.”

When Meghan marries Harry, she will obtain a UK citizenship but that doesn’t mean she’ll be able to vote like other UK citizens can.

There’s no official law, but the official site for the UK parliament claims that it is “unconstitutional” for the Monarch to vote.

It’s said other members of the royal family also don’t participate in elections out of “convention.”

“Although not prohibited by law, it is considered unconstitutional for the Monarch to vote in an election,” the site states.

Can’t go to bed before the Queen

According to The Sun, when the royals are in the same house or castle, it’s down to the Queen to decide when the night is over.

The publication reports that members of the royal family apparently don’t “feel right” about excusing themselves to go to bed before the Queen does.