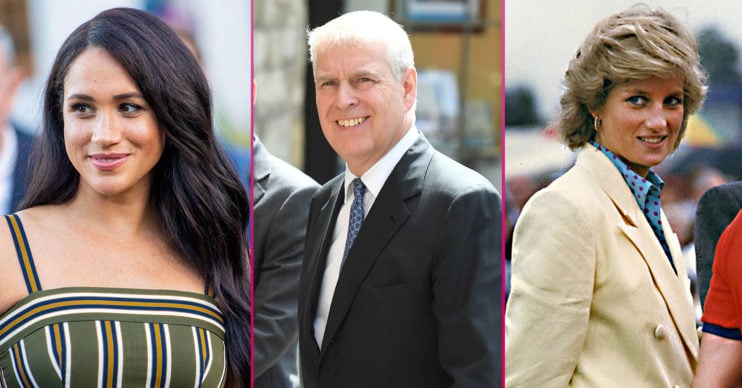 The top 10 most talked about royals unveiled...

The Royal Family always have people talking on social media and in the news, but who are the most tweeted about royals of 2020?

From Prince Harry and Meghan Markle‘s departure from royal life to the release of The Crown, the family have sparked discussions worldwide.

According to new data, more than 20 million tweets around the world were written about royal family members – an increase of 30 per cent from 2019.

But without further ado, here are the most tweeted about royals of this year.

In the top two spots are Meghan and Harry

Their controversial decision to quit their senior royal roles shocked the world.

In January, the Duke and Duchess of Sussex announced they would be stepping back from royal life.

In March, they officially stepped down from their roles and have been living in America since.

Meghan proves to be popular member of The Royal Family

According to BAZAAR.com, Meghan was the most tweeted about member of the Royal Family this year.

The former actress has received much praise and criticism over decisions made throughout the year.

Since quitting royal life, Harry and Meghan have sparked controversy with their speeches and new projects.

Meanwhile, last month, Meghan opened up about suffering a miscarriage in July.

Due to all of these aspects, Meghan sparked more Twitter conversations than any other royal, according to BAZAAR.

Elsewhere, The Queen has sparked much conversation on Twitter thanks to her presence throughout the coronavirus pandemic.

Her Majesty became a fan of technology after appearing on several video call engagements over the months of 2020.

She also held a televised speech in April as the nation endured the first lockdown.

The late Princess of Wales took fourth place after her 1995 Panorama interview with Martin Bashir came under investigation this year.

The BBC is investigating whether Diana was coerced into the interview under false pretenses by Bashir.

In addition, the fourth series of Netflix’s The Crown sparked reaction after it took an interest into Diana’s life and marriage to Prince Charles.

Due to this, Diana became one of the top royals to be discussed online.

The Prince of Wales made headlines in March after he tested positive for coronavirus.

However, a large amount of tweets were sparked after the release of The Crown’s fourth series.

Charles’ marriage to Diana and his relationship with Camilla Parker Bowles featured in the series, which sparked a lot of outrage on Twitter.

Meanwhile, Charles received support for his many environmental speeches and pleas throughout the year.

Prince Andrew in sixth after making headlines in the news

Andrew, Duke of York, found himself in sixth place after a very turbulent year.

The Queen’s son hasn’t been seen much this year after he stepped back from royal life in November 2019 over his links to late convicted paedophile Jeffrey Epstein.

This year, Andrew has received pressure from the public to assist US prosecutors investigating alleged child sex trafficking by Epstein.

Prince William and Kate Middleton in seventh and eighth

The Duke and Duchess of Cambridge were lower down in the list at seventh and eighth respectively.

The couple have continued to work throughout the pandemic, taking part in several video call engagements during the two lockdowns.

Earlier this month, they embarked on a three-day royal train tour – which divided many of their fans.

In addition, the couple have got royal fans talking thanks to family photos they’ve shared across the year.

The Duke of Edinburgh, 99, bagged ninth place in the list.

Even though Philip hasn’t been seen much in public this year, a couple of photos were released by the Palace of himself and The Queen.

One showed the couple at Windsor Castle while another saw the pair attending Princess Eugenie’s intimate and COVID-safe wedding in July.

Meanwhile, Philip attended the transfer of the Colonel-in-Chief of The Rifles at Windsor Castle in July.

The Prince transferred his role to Camilla, Duchess of Cornwall.

The little girl has featured in many photos released by the couple this year.

In May, royal fans were thrilled when new pictures – taken by Kate – were released of Charlotte.

Meanwhile, earlier this month, Charlotte joined her parents and siblings at a special pantomime performance at London’s Palladium Theatre.