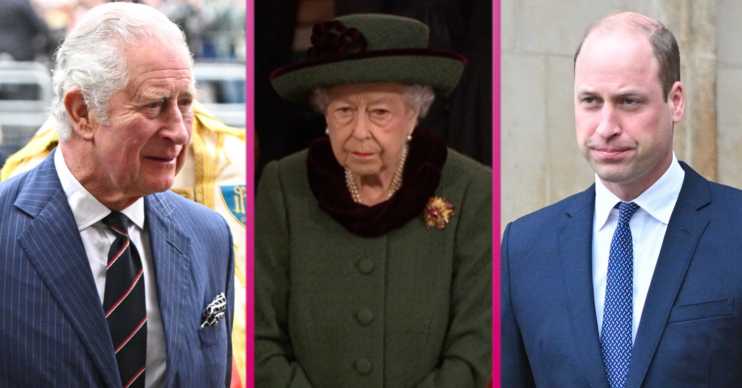 Her Majesty was accompanied by Andrew at the service

The Queen reportedly “overruled” Princes Charles and William to allow Prince Andrew to escort her to the Prince Philip memorial.

A memorial service took place at Westminster Abbey on Tuesday to honour the Duke of Edinburgh’s life and service following his death last April.

However, royal watchers were stunned as the Duke of York accompanied his mother, 95, to the service.

According to reports, Prince Charles and Prince William felt “dismayed” over Andrew’s prominent role in the ceremony.

However, a source claimed to the Mirror’s royal editor Russell Myers that Her Majesty told her son and grandson that it was “her wish and final decision”.

In addition, reports claimed that William and Charles were “absolutely united” that it was “simply unnecessary” for Andrew to have that role.

Andrew stepped back from public duties in 2019 following the scandal around his association with convicted U.S. sex offender Jeffrey Epstein.

In February of this year, Andrew settled his civil sexual assault case out of court with his accuser Virginia Giuffre.

Ms Giuffre had accused Andrew of sexually assaulting her when she was 17.

The Duke of York has denied all the allegations against him.

On Tuesday, Andrew made his first public appearance in a while to attend the memorial service for his late father.

However, viewers watching had a mixed reaction over his role of accompanying the Queen to her seat.

The monarch entered Westminster Abbey through a different entrance to the other guests as she’s reportedly having some mobility issues.

Prince Andrew walked in with the Queen, who had a walking stick.

Royal watchers felt divided over the decision as one person said on Twitter: “I feel today a mother should be supported by her children. And whatever she needs to get her through today should be granted.”

However, another person tweeted: “A show of support that she thinks will lead to his reintegration into society. No chance. Public mood greatly misjudged.”

ED! has contacted reps for Buckingham Palace for comment on this story.