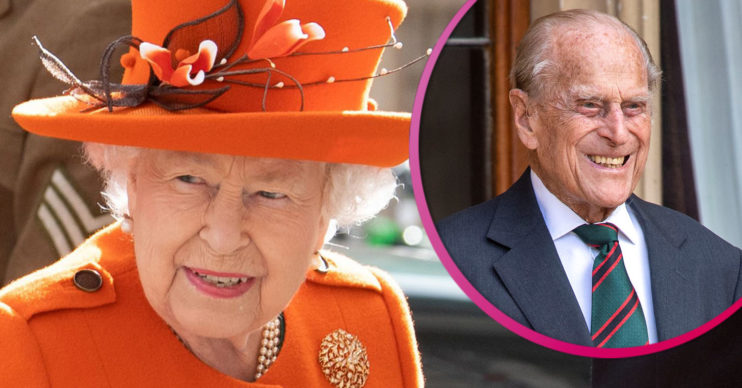 Her Majesty said it's been a "period of great sadness"

The Queen has released a statement on her 95th birthday to thank people for their “good wishes”.

Her Majesty said as a family they are in a “period of great sadness” but have found comfort in seeing and hearing tributes paid to her husband Prince Philip following his death.

As the Queen marks her birthday without the Duke of Edinburgh, she said she appreciates birthday messages from people across the world.

The Queen’s message to people across the world who have sent tributes and messages of condolence following the death of The Duke of Edinburgh. pic.twitter.com/1apW7s1zXS

The statement read: “I have, on the occasion of my 95th birthday today, received many messages of good wishes, which I very much appreciate.

“While as a family we are in a period of great sadness, it has been a comfort to us all to see and to hear the tributes paid to my husband, from those within the United Kingdom, the Commonwealth and around the world.

“My family and I would like to thank you all for the support and kindness shown to us in recent days.

“We have been deeply touched, and continue to be reminded that Philip had such an extraordinary impact on countless people throughout this life.”

Earlier today (April 21), fans sent their love to the Queen as the Royal Family Instagram page marked her birthday.

A photo of Her Majesty beaming was posted alongside a touching caption.

It read: “Today is The Queen’s 95th birthday.

“This year Her Majesty remains at Windsor Castle, during a period of Royal Mourning following the death of The Duke of Edinburgh.”

How will the Queen celebrate her birthday?

According to reports, the Monarch will have a “low-key” birthday this year following Philip’s death and amid coronavirus restrictions.

The special day comes just four days after the Duke of Edinburgh’s funeral.

Reports say the Queen will spend the day at Windsor Castle with members of the Royal Family to visit her.

Read more: Prince Harry ‘misses the Queen’s 95th birthday as he returns to US’

Her grandson Prince Harry has apparently returned to the US and therefore won’t spend the day with his grandmother.

However, it’s believed he will be back in the UK in July for the unveiling of the Princess Diana statue.