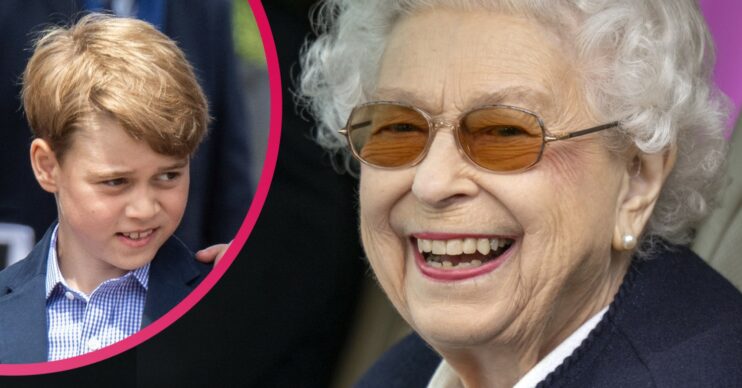 Reckons it will leave an impression on possible future King

The Queen taught Prince George an instructive lesson at the Platinum Jubilee, according to one body language expert.

Judi James reckons several events during the Jubilee celebrations will have left an impression on her heirs.

But she also pinpoints one moment on the Buckingham Palace balcony involving the Queen that should echo through the generations.

‘Lesson from the Queen for Prince George’

Ms James is perhaps best known for her analysis on reality shows such as Big Brother. However, she indicated to a tabloid she believes the Queen used the Jubilee to teach three possible future monarchs about how to rule.

According to Ms James, the body language of the royals as the Queen made her final Jubilee appearance on the Buckingham Palace balcony was key.

She claims it provided a platform for a “perfect pose”. And furthermore, the expert suggests other moments will prove influential for Prince George, eight, in particular.

Ms James told the Mirror: “This very touching royal line-up on the balcony provided a glimpse of the past, present and future of the monarchy in one perfect pose.”

She went on to suggest the Queen’s teatime skit with Paddington Bear will also give insight to those who follow her as monarch.

Very touching royal line-up on the balcony provided a glimpse of the past, present and future.

“Not only has the Queen been able to remind her heirs of both the sense of duty they need to inherit but also the way they should never take themselves too seriously or to forget to have fun,” Ms James went on.

“George in particular will probably have learned from her hilarious video appearance with Paddington Bear alongside all the more serious mentoring he has been receiving from his father.”

Ms James also noted how she felt Prince George came to the fore during the extravaganza.

She acknowledged how the Prince’s younger brother Louis may have ‘stole the show’ with his animated appearances.

But she also insisted George appeared to ‘grow up in front of fans’ eyes’ over the four days of the Jubilee.

But by the Sunday, Ms James suggest George was mirroring the confidence of his father Prince William.