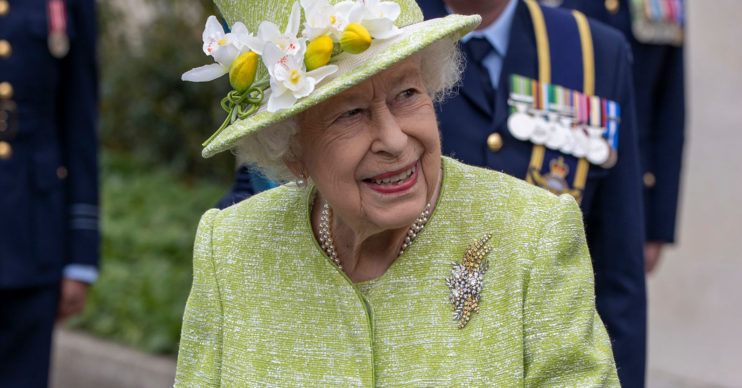 Her Majesty had her coronavirus vaccine in January

The Queen looked incredible in lime green today as she stepped out for a public engagement.

This is the first time Her Majesty, 94, has conducted an in-person public engagement in five months.

The  Queen marked the 100th anniversary of the Royal Australian Airforce on Wednesday (March 31).

The Queen steps out in lime green

The Monarch wore a green coat and a matching hat, which was decorated with faux daffodils and orchids.

Read more: Unseen footage and photos of the Queen to be shown in ITV documentary

It honours Australia’s airmen and women.

When did the Queen last step out for a public engagement?

The Queen was last seen at a public event in October 2020 when she visited the Defence Laboratory at Porton Down with grandson Prince William.

It was also Her Majesty’s first public engagement since she received her first dose of the coronavirus vaccine in January.

It’s a very long time since I’ve been here.

She said: “It’s a very long time since I’ve been here,” as she arrived at the memorial.

Meanwhile, the Queen’s engagement comes two weeks after her husband Prince Philip left hospital after undergoing a heart operation and receiving treatment for an infection.

Last week, Her Majesty sent flowers to the hospital staff who looked after the Duke of Edinburgh to mark National Day of Reflection.

The nation paused in remembrance of those who have died during the coronavirus pandemic.

The Queen wrote of the “grief and loss felt by so many” and praised the “immeasurable service of those who have supported us” over the last 12 months.

In addition, she had a bouquet of irises, tulips, mixed narcissi and ranunculus sent to St Bartholomew’s Hospital, where Philip underwent a heart procedure.

After leaving hospital, Philip thanked the nurses and doctors who looked after him.

A statement read: “His Royal Highness wishes to thank all the medical staff who looked after him at both King Edward VII’s Hospital and St Bartholomew’s Hospital.

“And everyone who has sent their good wishes.”