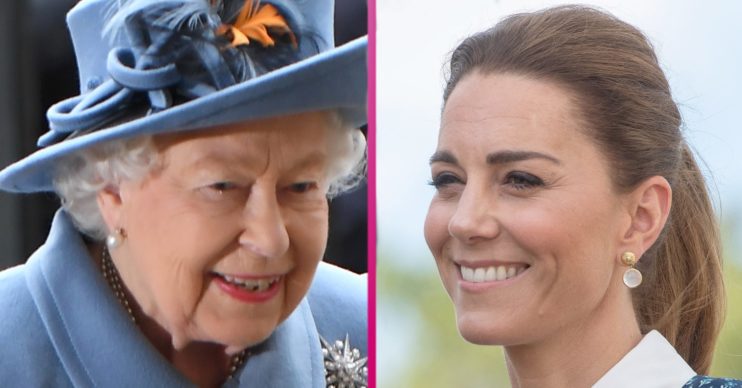 The Queen showed her appreciation for Kate's lockdown project

The Queen has formally praised Kate Middleton in a rare public statement.

The Monarch, 94, shared her appreciation for the Duchess‘ work on her lockdown photography project.

Kate, 38, asked Brits to send in photos that represented their experiences of lockdown.

She received an incredible 31,598 entries. And, with the help of a panel of judges, narrowed down the entries down to just 100.

What did Kate Middleton’s photos show?

Photos include powerful snaps of NHS on the frontline, families reuniting and hilarious attempts at homeschooling.

Her statement reads: “It’s with great pleasure that I had the opportunity to look through a number of the portraits.

“The Duchess of Cambridge and I [became] inspired to see how the photographs have captured the resilience of the British people at such a challenging time.

“Whether it’s through celebrating frontline workers…

“…recognising community spirit or showing the efforts of individuals supporting those in need.

“The Duchess of Cambridge and I send our best wishes and congratulations to all those who submitted a portrait to the project.”

Meanwhile, Kate created Hold Still as a patron for the National Portrait Gallery.

The photos divide into the following themes: Helpers and Heroes; Your New Normal and Acts of Kindness.

What did Kate Middleton say?

Kate previously said: “I particularly felt really strongly that I wanted to try and create a portrait of the nation…

“…that sort of captures the fears and the hopes and the feelings of the nation.

“This really extraordinary time, as a record I suppose for years to come.

In addition, she said: “The quality of the images has been extraordinary really.

“The poignancy and the stories behind the images I think have been equally moving as well.

“So I just wanted to say a huge thank you to everyone who has entered and taken part.”

The final selection will be available to view digitally.

Meanwhile, a physical exhibition will be exhibited across UK towns and cities later this year.

Kate herself is a keen amateur photographer. She has taken many of her family’s officially released photos.