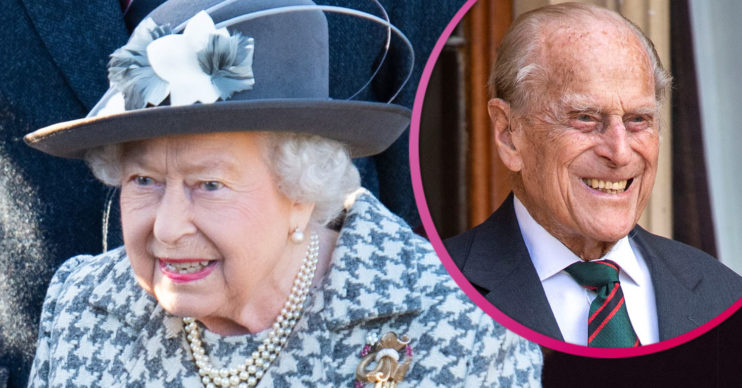 Her Majesty lost her husband of 73 years on Friday

The Queen has been praised as she returned to royal duties just days after Prince Philip’s death.

The Duke of Edinburgh passed away “peacefully” at Windsor Castle on Friday at the age of 99.

On Tuesday, Her Majesty, 94, hosted a ceremony to mark the retirement of her household’s most senior official, former Lord Chamberlain Earl Peel.

The Queen returns to duties

A royal official said the royals are observing two weeks of mourning however members of the family will continue “to undertake engagements appropriate to the circumstances”.

Read more: Prince Philip funeral: The Queen ‘may have to sit alone’ due to Covid rules

Royal fans have praised the Monarch for returning to work so soon after Philip’s death.

One person said on Twitter: “Her Majesty is one dedicated lady, continuing to think of others at what is a devastating time for her.”

Another wrote: “Service and duty. She is a seriously strong woman.”

One added: “She is truly incredible, always puts duty above anything else. I’m sure Earl Peel would feel enormously touched.

“She’s such a trooper our Queen. She commands respect.”

Another tweeted: “Great admiration & so humbling. To think of others, to know and demonstrate the meaning of service and dedication to duty to put her own sufferings & sorrow to one side & to do this for others.”

According to reports, the Queen was at her husband’s side as he passed away on Friday (April 9).

At the weekend, her son Prince Andrew said the death of his father has left a “huge void” in the Queen’s life.

The Duke of York told reporters outside a Sunday service: “I feel very sorry and supportive of my mother, who is feeling it probably more than everybody else.

“The Queen, as you would expect, is an incredibly stoic person. She described his passing as a miracle.”

Meanwhile, the Queen and Philip’s grandson Prince William vowed to continue supporting the Queen in the years ahead.

In a tribute to his late grandfather, the Duke of Cambridge said: “Catherine and I will continue to do what he would have wanted and will support The Queen in the years ahead.

“I will miss my Grandpa, but I know he would want us to get on with the job.”