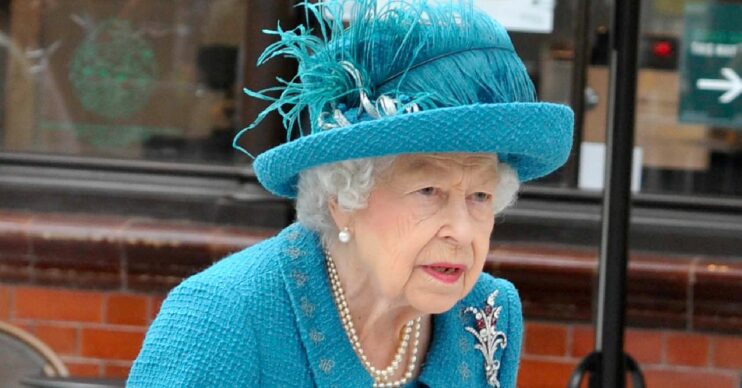 It's been a tough year for the monarch

In latest royal news, the Queen has sadly lost a friend and close confidante.

Lady Farnham, who has remained close friends with the monarch for years, died four days after Christmas at the age of 90.

Her sad passing comes weeks after the Duchess of Grafton’s death last month, who was also a confidante of the Queen‘s.

Diana Maxwell, Lady Farnham, had been the Queen’s Lady of Bedchamber since 1987.

She also rode with Her Majesty on the way to her Diamond Jubilee service in 2012.

Lady Farnham was known for joining the Queen on a number of royal tours, including a visit to the Republic of Ireland in 2011.

It is very sad for the Queen.

A royal source told The Telegraph: “It is very sad for the Queen. Everyone loved Lady Farnham, she was always so good humoured. She was also a very glamorous and attractive woman.

“She was always very generous to new people joining the household.”

The insider went on to say that it has “not been a good year” for the Queen following the death of her “dear” friend.

“Unfortunately a sad consequence of living a long life is that you have to say goodbye to a lot of people you care about,” the source added.

The Queen said goodbye to close friend and confidante, Fortune FitzRoy, in December.

During her Christmas Day speech, the Queen left royal fans emotional with her touching tribute to Prince Philip.

Speaking of her husband, she said: “His sense of service, intellectual curiosity and capacity to squeeze fun out of any situation were all irrepressible.

“That mischievous, enquiring twinkle was as bright at the end as when I first set eyes on him.

“But life, of course, consists of final partings as well as first meetings – and as much as I and my family miss him, I know he would want us to enjoy Christmas.

“We felt his presence as we, like millions around the world, readied ourselves for Christmas.”

It has since been reported that the Queen struggled on Christmas Day without Philip.

“Christmas was a bit of a struggle for the Queen without Prince Philip by her side,” a source told US Weekly.

The Queen The Royal Family