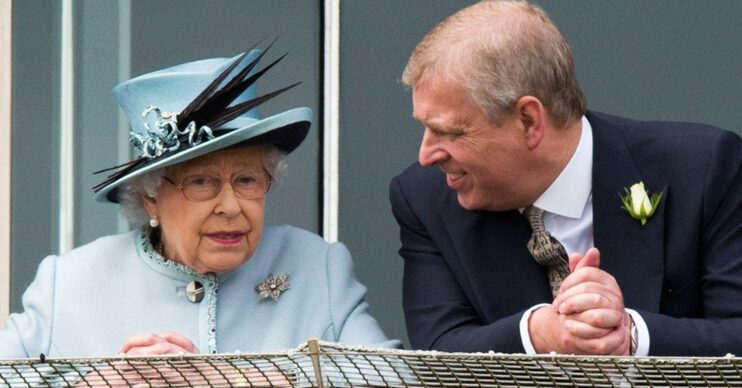 Prince Andrew is facing being served with legal papers

The Queen escaped to the estate of Balmoral for the summer after a hectic year, but her retreat has reportedly been cut short due to Prince Andrew.

It’s been a tough time for Her Majesty, who sadly lost her husband, Prince Philip, in April.

She headed off to Balmoral earlier in the summer to have herself a well-earned break.

However, sources say her quiet getaway has been marred by the arrival of Andrew.

The Queen and Prince Andrew

According to reports, the Duke of York has travelled over 500 miles to “avoid being served with legal papers” as he faces a lawsuit over sexual assault claims.

A source told The Sun that the Queen is busy “wondering when she will get any peace and quiet”.

“He knows he is far safer up at Balmoral on the Queen’s estate,” added the insider.

“Andrew is always described as the Queen’s favourite son but she is meant to be on holiday at Balmoral.”

The Duke has been accused of sexually abusing Virginia Roberts Giuffre three times, which he firmly denies.

According to a report in The Sun, lawyers have attempted to serve him the legal papers on several occasions over the past week.

Despite a photograph of him posing with Virginia when she was 17, Prince Andrew has maintained his innocence against all charges.

He has also been on record to deny having ever met the then-teenager. He has previously suggested the picture could be Photoshopped.

Furthermore, the royal even claims he wasn’t in London at the time the photograph was taken.

“I was with the children. I’d taken [Princess] Beatrice to a Pizza Express in Woking for a party,” he said in a BBC interview in 2019.

“And then because the duchess [Sarah Ferguson] was away, we have a simple rule in the family that when one is away the other is there.”

ED! reached out to Prince Andrew’s representatives for comment.