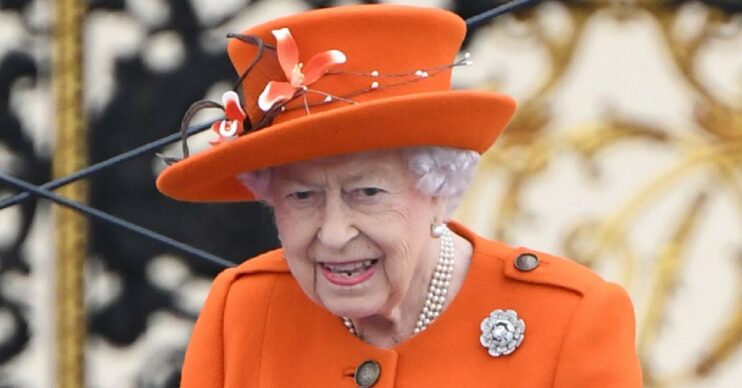 Her Majesty has been doing 'light' duties

The Queen recently returned to ‘light’ duties following concerns about her health after she sprained her back.

But after an engagement at Windsor Castle on Wednesday, some royal fans expressed concerns for Her Majesty’s ‘purple hands’.

Now, a doctor has addressed why the Queen may have had ‘purple’ hands during the engagement.

What was wrong with the Queen’s hands?

Pictures of the Queen from an engagement at Windsor Castle clearly show that the 95-year-old’s hands are a strange purple colour.

However, General Sir Nick Carter – who the Queen was meeting – also has ‘purple hands’ too. There are a couple of reasons as to why this could be. The lighting of the room could cause the monarch’s hands to look purple, or it could be because of the cold weather.

The cold weather causes your arteries and blood vessels to narrow, which in turn restricts blood flow and reduces oxygen to the heart.

What have experts said about the Queen’s purple hands?

In response to concern from royal fans, Dr Jay Verma of the Shakespeare Medical Centre spoke to the Metro.

When asked why the Queen’s hands were purple, the doctor said: “It might be Raynaud’s phenomenon or just really cold hands! The purple is due to deoxygenated blood.”

Raynaud’s phenomenon, according to the NHS, is very common and doesn’t usually cause any severe problems. It can be treated by keeping warm, and usually goes away within a few minutes or hours.

It comes after some fans expressed concerns, as one said on Twitter: “Does anyone know why The Queen’s hands were purple today? Perhaps the Palace is too cold, or she needs proper medical attention.”

Another wrote: “Why are the Queen’s hands deep purple?”

A third said: “Why is HRH The Queen’s hands so purple? That can’t be good!!!”

Dr Giuseppe Argona said that there are numerous medical explanations for why the Queen’s ‘purple hands’ have returned.

He said that reasons for the ‘purple hands’ could be down to “lack of circulation, frail skin, exposed veins, bruising, a leakage of blood to the tissue beneath the skin”.

The injury in question is the sprained back which forced the Queen to be absent from Sunday’s Remembrance Service.

Her son, Prince Charles attended in her place.

Other royals, including Prince William, Kate Middleton, Camilla, and Sophie, Countess of Wessex, were also in attendance.

The Queen now, however, seems to be in better health and has been getting back into attending in-person duties.

She was also spotted carrying out a video call engagement on Thursday (November 18).

It will relieve royal fans that not only is the Queen back at work but that her ‘purple hands’ are more than likely nothing to worry about.