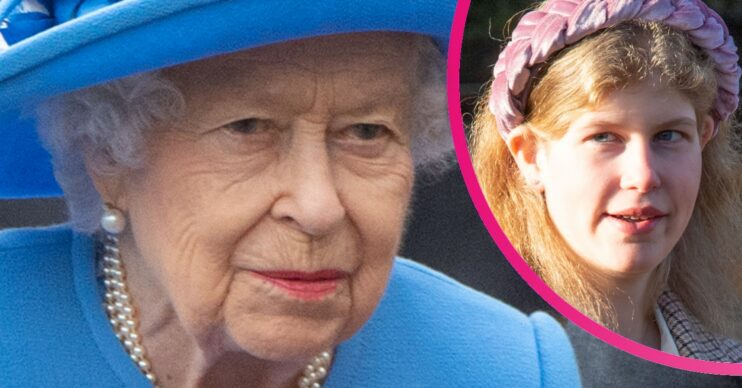 They have so much in common!

The daughter of Prince Edward and Sophie, Countess of Wessex, is said to be a keen artist.

And as a result Her Majesty, 95, has reportedly dug out the late Queen Victoria’s personal sketch collection for her granddaughter, 17, to see.

The Queen and Lady Louise share a joint love for Balmoral

Located at Balmoral, Scotland, The Queen’s youngest granddaughter summers with her extended family here every year.

A source told The Mirror: “Because of her obvious artistic skill, the Queen allowed Louise to look through some of the collection of Queen Victoria’s Highlands sketches which are kept at Balmoral but are rarely dug out these days.”

They added: “The Queen loves the fact that Louise and James [Louise’s younger brother] relish their time at Balmoral, and she has become particularly close to Louise, who seems to have become her favourite grandchild, closely followed by James.”

And has even tutored them on how to draw animals.

What’s more, she is a keen equestrian, much like her grandmother The Queen.

She was also close to the late Prince Philip, as they shared a joint passion for carriage driving.

Competing in various carriage driving shows over the years, she even paid a special tribute to her deceased grandfather this summer.

As while competing at the Royal Windsor Horse Show, she drove the Duke of Edinburgh’s former carriage.

What else do we know about Lady Louise Windsor?

Unlike her older cousins, Lady Louise has remained out of the spotlight thus far.

In fact, her mother Sophie said this is deliberate, and that she even shuns social media.

Speaking on BBC Radio 5 Live, Sophie said about Louise: “I wouldn’t deny her going onto it [social media]. But she’s not really that interested in it.

“There’s a few platforms that she talks to her friends on. But that’s basically it. She doesn’t put anything out about herself at all.

Louise currently attends St Mary’s School Ascot where she is studying English, History, Politics and Drama for her A-Levels.

It is expected she will attend university in 2022, unless she chooses to take a gap year.