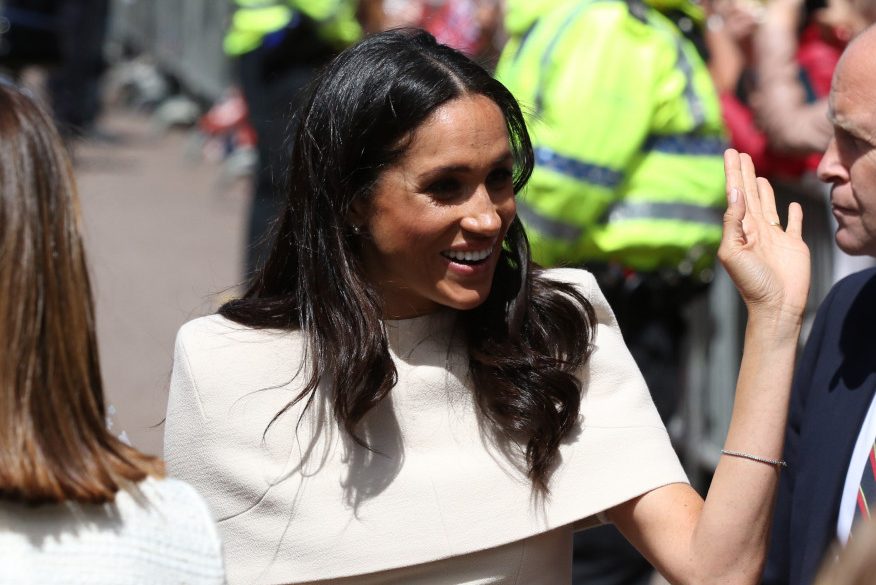 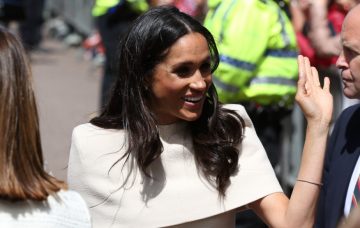 The Queen’s beautiful gift to Meghan, Duchess of Sussex

Meghan, The Duchess of Sussex has been gifted a pair of pearl earrings by The Queen.

The former actress wore the beautiful accessories as she joined Her Majesty for their first official engagement together in Cheshire on Thursday.

Buckingham Palace has confirmed the pretty pearl drop earrings were a gift from The Queen to Meghan, who became a member of the royal family when she married Prince Harry in May.

Meghan, 36, and the 92-year-old monarch joined forces for a series of engagements in Cheshire including opening the Mersey Gateway Bridge and visiting the Storyhouse Theatre.

They also had lunch with Chester City Council at Chester Town Hall.

The two royals appeared to get on brilliantly with photos from the day showing Meghan and The Queen laughing together and sharing jokes.

It marked Meghan’s first royal engagement without her husband.

Thousands of royal fans turned out to line the streets and catch a glimpse of the pair, who travelled together on the Royal Train from London.

In a nod to the royal wedding, Meghan wore a cream dress by Givenchy, which also created her stunning wedding gown under the direction of the brand’s artistic director, Claire Waight Keller.

Meanwhile, this isn’t the first time The Queen has opened her jewellery box to Meghan.

The tiara was originally made for Queen Mary in 1932.

It’s unknown when Meghan and Harry – who were gifted the titles Duke and Duchess of Sussex by The Queen on their wedding day – will next appear in public as a couple.

They have, however, confirmed an overseas tour of Australia, New Zealand, Tonga and Fiji this autumn, to tie in with the launch of Harry’s Invictus Games in Sydney in October.

Meanwhile, the Duchess of Sussex experienced another first last weekend, when she joined the royal family on the balcony at Buckingham Palace.

Meghan attended Trooping The Colour to mark The Queen’s birthday, which always concludes with the royals watching a fly-past over the palace.