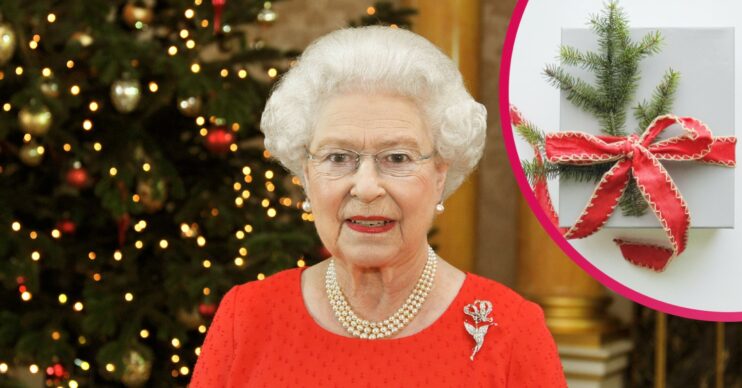 The Queen's staff are given the same present every year

This Christmas, the Queen will be returning to her historical traditions, starting with the gifting ceremony tonight (Christmas Eve).

This is where the monarch gives presents to her staff and members of the royal household.

The Queen traditionally gifts her staff the same present every year – and it only costs £6 each.

The Queen celebrates Christmas with many historical traditions.

This includes an entire ceremony where she gifts presents to every member of the royal household.

The gifting ceremony involves the royal family entering the dinner hall in order of seniority to collect their gifts from trestle tables.

The Royal Family website states: “All members of the royal household will receive Christmas presents from the Queen”.

Unfortunately, The Queen axed her Christmas traditions last year due to the pandemic.

However, this year Her Majesty will be bringing them back.

The Queen gifts her staff the same present every year

The 95-year-old monarch has also revealed that she gives presents to her staff.

According to the website, she presents a Christmas pudding to her 1,500 staff members every year.

The Christmas tradition was said to be passed down by her grandfather, George V.

The website states: “About 1,500 Christmas puddings paid for by the Queen are distributed to staff throughout the Palaces, staff in the Court Post Office and Palace Police.”

Each pudding is also accompanied by a greeting card signed by the Queen.

A £6 gift from The Queen

The staff’s Christmas puds are usually bought from luxury stores such as Harrods or Fortnum & Mason.

However, recently the Queen has had to cut back on the spending and buy cheaper versions instead.

According to Hello!, the Queen now opts for a £6 Christmas pud from Tesco.