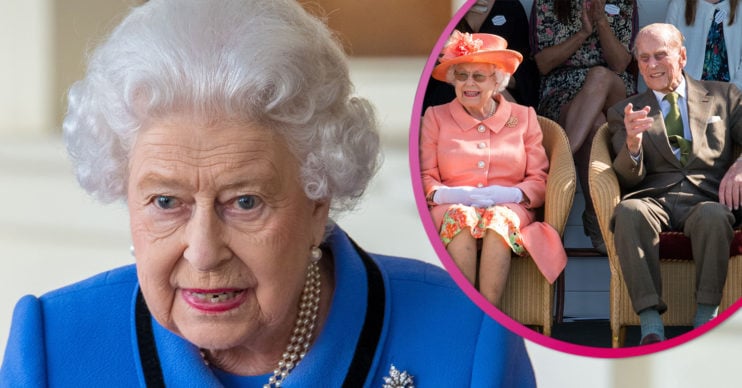 The Queen is marking her 95th birthday today and the Royal Family’s Instagram page shared a photo of the Monarch.

The picture showed Her Majesty beaming whilst wearing a burgundy coat and matching hat.

The post confirmed the Queen will spend her birthday at Windsor Castle as she’s still mourning the death of her husband Prince Philip.

The Queen marks her 95th birthday

The post read: “Today is The Queen’s 95th birthday.

“She was the first child of The Duke and Duchess of York – who later became King George VI – and Queen Elizabeth.”

It added: “This year Her Majesty remains at Windsor Castle, during a period of Royal Mourning following the death of The Duke of Edinburgh.”

Fans sent their support to the Queen in the comments.

One person said: “Sending love and warm wishes to Her Majesty on her 95th birthday.”

This year Her Majesty remains at Windsor Castle.

Another wrote: “Happy Birthday, we are all thinking of you today.”

One added: “Happy Birthday to our fabulous Queen! What a gorgeous picture of her.”

How will the Queen spend her birthday?

Reports say Her Majesty will have a low-key birthday this year.

The special day comes just four days after the funeral of the Duke of Edinburgh at Windsor Castle.

Ingrid Seward, author of Prince Philip Revealed, told Entertainment Daily!: “I think it will be something very low-key. I don’t think her family will let her [not celebrate].

“It will be low-key now. The world might celebrate more than she does.”

Meanwhile, the Queen received support from the nation last Saturday as she attended Philip’s funeral at St George’s Chapel.

Due to COVID-19 rules, the Monarch had to sit alone during the service and only 30 guests could attend.

Viewers watching the funeral were heartbroken to see the Queen sitting by herself as Philip’s coffin was brought in.

One person said: “The Queen sits alone, to mourn her husband of 73 years. So sad to see.”

Another wrote: “The shot of the Queen sitting alone has broken my heart.”

A third added: “Seeing the Queen sat alone is a deeply upsetting sight – my heart goes out to her, but also to the many thousands of families who’ve also had to grieve lost loved ones during the pandemic.”