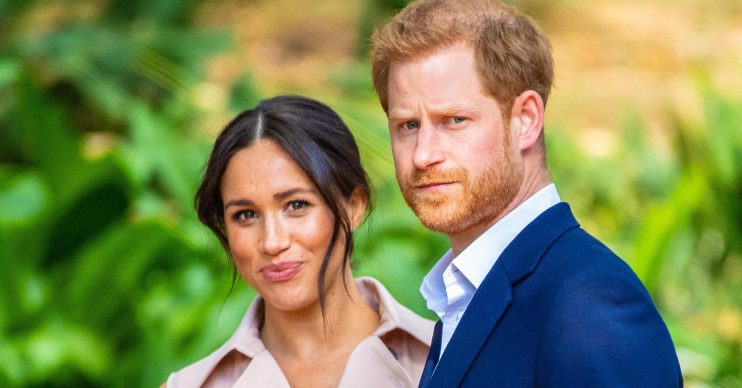 A rebranding is in order

The royal couple – who chose to step back from senior duties and become financially independent – reportedly ‘spent thousands’ on the brand.

Read more: Meghan and Harry ‘besotted with each other after stepping away from royal life’

A source told the Daily Mail: “In many ways, this is inevitable given their decision to step down, but it must surely come as a blow to the couple as they have invested everything into the Sussex Royal brand.

“The Queen would have had little choice, however. The Sussexes’ original plan – of being half-in, half-out working royals – was never going to work.

The Queen would have had little choice, however. The Sussexes’ original plan – of being half-in, half-out working royals – was never going to work.

“If they aren’t carrying out official duties and are now seeking other commercial opportunities, they simply cannot be allowed to market themselves as royals.”

The couple are said to have had ‘lengthy’ talks with Her Majesty and ‘senior aides’ who reportedly instructed them that they couldn’t use their brand – which was used, the newspaper said, to sell various products.

An inspiring quote for #GivingTuesday, a day that encourages people to do good. GivingTuesday is a global generosity movement unleashing the power of people and organisations to transform their communities and the world on December 3, 2019 and every day.

A statement on their website, posted last month, says: “In line with the statement by Her Majesty The Queen, information on the roles and work of The Duke and Duchess of Sussex will be updated on this website in due course.

“We appreciate your patience and invite you to explore the site to see the current works of Their Royal Highnesses.”

It was reported last month that their bid to trademark the Sussex Royal brand had been ‘blocked’ and that the Queen was still deciding on whether they could use it to trade under.

Read more: Meghan Markle ‘has no regrets over quitting royal life with Harry’

Speculation has been rife since the couple split from the royal family how they are going to make money.

After reportedly ‘sacking’ all 15 of their staff in the UK, a Canadian media executive claimed that the royal couple could ‘clean up’ in the aftermath of the royal split and could make up to $100million.

Simon Huck, owner of the public relations firm Command Entertainment Group, said of his agency: “We received, I can’t tell you how many offers the first week.

“She’s not taking any offers right now – but it was unbelievable.”