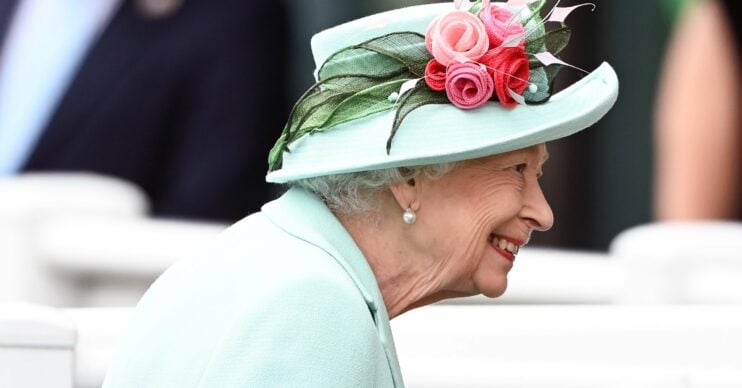 Her Majesty hasn't attended the event in person all week

The Queen is at Royal Ascot today for the first time since the event began earlier this week.

On Saturday (June 19), Her Majesty arrived at the final day of the event to cheers and applause by the crowds.

The Queen, 95, beamed and waved to fellow racegoers as she looked stunning in a blue coat and matching hat.

She also had her signature black handbag and white gloves.

The Queen arrives at Royal Ascot

Her Majesty was driven into the races and the National Anthem played as many racegoers started singing along.

As the Queen got out of her car, the crowd erupted into cheers and applause.

The monarch beamed as she greeted the Royal Ascot trustees.

Viewers gushed over the Queen on Twitter, with many thrilled to finally see her at the event in person.

One person said: “Fantastic to see Her Majesty The Queen arrive on course ahead of the final day of #RoyalAscot.”

Another wrote: “How wonderful to see #HerMajesty the #Queen on final day.”

One said: “WOW. Just got a bit emotional there, watching Her Majesty the Queen arrival at Ascot, and the crowd reaction.”

Why didn’t Her Majesty attend earlier in the week?

It’s unknown why Her Majesty didn’t attend in person.

However, reports said she watched each day’s races on television.

Fantastic to see Her Majesty The Queen arrive on course ahead of the final day of Royal Ascot.

Earlier in the week, Prince Charles, Camilla, Princess Anne and Prince Edward all attended the event.

In addition, Sophie, Countess of Wessex, and Zara Tindall arrived at the races.

Were you glad to see the Queen at Royal Ascot today? Leave us a comment on our Facebook page @EntertainmentDailyFix and let us know.