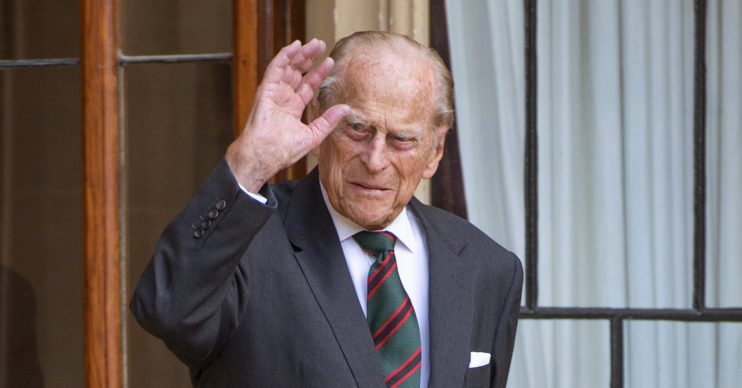 The Queen and Prince Philip: Monarch ‘delighted’ as husband is in ‘good spirits’

Prince Philip is apparently set to join the Queen at an Easter church service on Sunday, less than three weeks after being discharged from hospital.

The 99-year-old recently spent a month in hospital where he underwent heart surgery and was treated for an infection.

The Mirror reported that he is in “good spirits” and will be by the Queen’s side at a private church service on Easter Sunday.

Queen’s ‘delight’ ahead of Easter

A source told the newspaper: “The family has pulled together, the Queen and the Prince of Wales, with Prince William’s help have steered the family through and everyone is very much looking forward to the future.

“Her Majesty is delighted to have the Duke of Edinburgh at home and he is in good spirits having returned from hospital to continue his recovery.

“These new pictures definitely show a lighter side to the Queen and her son and they will be wishing everyone a very happy Easter as we can begin to see our loved ones again.”

The Duke of Edinburgh went into King Edward VII hospital in London in February.

He is in good spirits having returned from hospital to continue his recovery.

He was then moved to St Bartholomew’s hospital – which is also in London – where he underwent heart surgery.

Doctors discharged him on March 16 after 28 days.

What does the Queen usually do at Easter?

The Queen usually attends an Easter church service at St George’s Chapel. It’s a 14th-century building in the grounds of Windsor Castle.

Crowds usually gather to see the family turning up at the chapel before the service begins.

Local children often present the monarch with flowers after the service.

The event did not take place last year because of the coronavirus pandemic and restrictions around gatherings.

The Queen is not making a public appearance this year either, but will attend a private service.

The Express quoted a royal source as saying: “The overriding concern is to avoid crowds gathering.

“If we said she was going to church the risk is that there would be a crowd.”

However, fans did get a glimpse of Her Majesty enjoying the Easter weekend as the Royal Family released two pictures showing her enjoying a walk with Prince Charles.

The sweet snaps shared on Instagram showed the 94-year-old and her eldest son, 72, wrapped up warmly in long coats as they strolled in the grounds of Frogmore House.

Both looked cheerful, smiling at the camera as they posed for a photo near a bridge. The other snap showed the mother and son in front of a blossom tree and a bed of  daffodils.