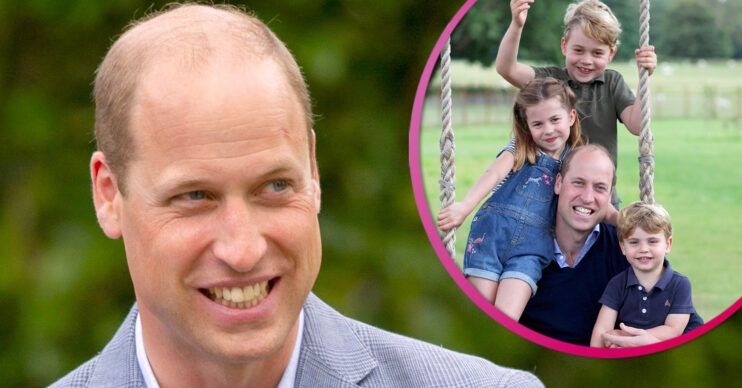 The statue unveiling will take place this Thursday

The Duke of Cambridge will reportedly take his children to see the Princess Diana statue before it’s revealed.

Alongside his brother Prince Harry, Prince William will attend the unveiling of the statue on Thursday July 1 – what would have been Diana’s 60th birthday.

According to the Daily Telegraph, William will pay a private visit to the statue at Kensington Palace with wife Kate Middleton and their three kids – Prince George, Princess Charlotte and Prince Louis.

Duke of Cambridge to ‘make private visit to Diana statue’

Meanwhile, Harry – who flew over from America to attend the ceremony – is reportedly planning a private visit to the site.

The statue reportedly arrived at Kensington Palace at the weekend.

Harry is currently isolating at Frogmore Cottage before the service on Thursday.

The Diana statue will be put up within the Sunken Garden at Kensington Palace, where she spent a lot of time.

This will be the first time William and Harry have come together since their grandfather Prince Philip‘s funeral in April.

Recent reports have said the brothers may not heal their rift during Harry’s UK visit.

A source told The Sunday Times: “Neither are offering an olive branch.

“I fear it will be the same as at Prince Philip’s funeral, a nod of recognition, and that’s about it.”

Harry’s relationship with his family has become strained since he stepped back from his senior royal role last year alongside his wife Meghan Markle.

The couple now live in California and earlier this year, sat down with Oprah Winfrey to discuss their decision.

However, they made a string of allegations and revelations about the royal family.

Meghan alleged there were ‘concerns’ and ‘conversations’ within the family about how dark their son Archie’s skin would be before he was born.

The duchess said these alleged conversations were with Harry, who then told her.

Harry also claimed he became “cut off” financially by his family.

He said his father Prince Charles and William were ‘trapped’ within the institution.

Read more: Prince Harry ‘to reunite with friends he cut off after marrying Meghan Markle’

Following the interview, William spoke out about the race allegation during a royal engagement.

When asked if the royal family were ‘racist’ by a reporter, William said: “We are very much not a racist family.”