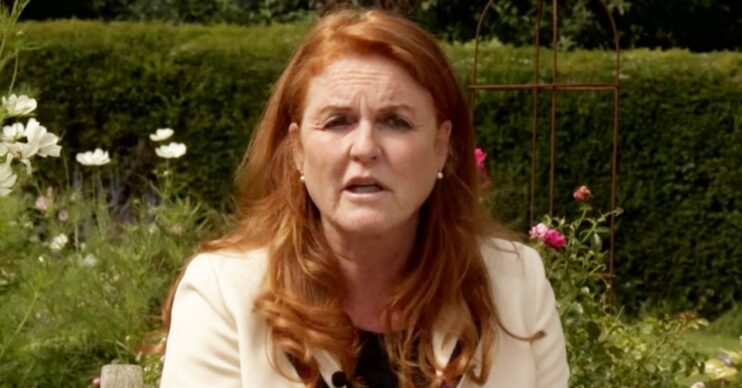 Sarah Ferguson has intrigued viewers after admitting she ‘could have played the game a bit better’ during her royal years.

The 61-year-old – who was married to Prince Andrew – opened up during an appearance on Alan Titchmarsh’s show Love Your Weekend.

Alan asked if Fergie would do anything differently now, questioning whether she felt she had been “too out there” in the past.

Read more: Sarah Ferguson says the Queen is ‘more of a mother to her than her own’

Sarah Ferguson appears on Love Your Weekend with Alan Titchmarsh

She replied to say that although she may have been “too enthusiastic” she was just being herself.

Calling Andrew “wonderful”, she said the day they exchanged vows in 1986 was the best of her life.

However, she added: “Perhaps I could have learned to play the game a little better but hey ho we’re here today and I’m still alive.”

Fergie – who has stayed faithfully by her ex’s side through his recent troubles – added: “And I am really happy today, and I am really authentic with you Alan right now, just being here, and it is a total joy.”

The royal’s comments sparked quite the response on social media.

One viewer said the interview made for “surreal” viewing.

FFS Sarah Ferguson again, just lately she's on every time I put the TV on, how is she still a Duchess she's a nobody #LoveYourWeekend

“This Sarah Ferguson Alan Titchmarsh interview is surreal and not in a good way,” the person tweeted.

Another viewer said it was very interesting to hear Fergie’s thoughts.

Meanwhile, another appeared fed up to see Sarah back on TV screens.

They tweeted: “FFS Sarah Ferguson again, just lately she’s on every time I put the TV on, how is she still a Duchess she’s a nobody #LoveYourWeekend.”

When did Fergie marry Prince Andrew?

Prince Andrew and Sarah tied the knot at Westminster Abbey in July 1986.

The pair had known each other since they were children, but got together after they met again at Royal Ascot in 1985.

They went on to have two daughters together – Beatrice, who is now 33, and Eugenie, 31.

However, they hit a rocky patch, with speculation about the Prince’s travelling and military career causing some friction.

Four years later they announced that they were getting divorced and the decree nisi was granted later that year.